AAPT Board members met with their representatives to formally voice AAPT's priority messages:

Additionally, general members set up meetings while in DC and at their local and state governments to advocate for physics education. This initiative is part of a growing emphasis on public policy issues and leadership in the organization.

In a workshop on Saturday July 28, Preparing for Policy and Advocacy, they had the opportunity to meet with members of Congress and educate them on the issues that are important to science educators. Increasing the quality of science education is critical to helping the nation strengthen its global competitiveness by preparing a workforce for the 21st century. This workshop trained educators on how to do a Congressional visit and how to effectively communicate with policy makers, as well as providing a briefing on current political news.

AAPT/PTRA held its Summer Leadership Institute July 25-28 n tandem with the ALPHA/PIRA conference at Loyola University. The Summer Institute provides annual training that focuses on updates in pedagogy, technology, and content. This professional development for the leaders allows the participants to become certified in specific content areas that they may then offer to peers in their own district or state.

Some attendees took advantage of the location and enjoyed a tour of the NOAA Weather Operations floor and saw satellite data being modeled into forecasting for ocean conditions, precipitation, tropical storms, climate and more! They saw the input, analysis, and output model side of this National Weather Service operation. Physics Education Researchers participated in the post-meeting PER Conference, Having Wonderful Ideas: Connecting the Content, Outcomes, and Pedagogies of Physics. (https://www.compadre.org/per/conferences/2018/).

The AAPT Fun Run/Walk continues to be a popular event providing a break from the intense learning format of the meeting and the Speed Networking event, providing an opportunity for new physics educators to interact "one on one" with seasoned professionals, continued to grow. Much anticipated features of the Summer Meeting, The High School Physics Photo Contest and the Apparatus Competition, are always highlights and this year the entries were exceptional. 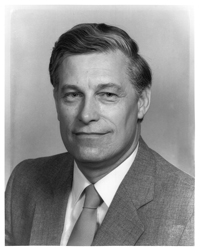 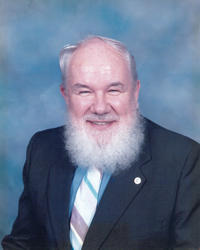 The meeting included a wide variety of inspiring plenary and award talks. We made time during the schedule to remember two outstanding past leaders, John W. Layman and John L. Hubisz, who died during the past year. Monday featured the presentation of the 2018 teaching awards and the Homer L. Dodge Citations for Distinguished Service to AAPT. 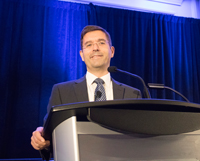 The Halliday and Resnick award for Excellence in Pre-College Teaching was presented to Bradley S. Ambrose from Green Valley State University, Allendale, MI. His talk, We Teach More Than Physics, focused on the enterprise of teaching physics, which has always been guided by lessons learned from his experience working in the physics education research (PER) community. Much of their work has helped us all discern more clearly the impact that our teaching can (and should) have on our students. For example, we naturally aim for our students to build for themselves a robust conceptual understanding of physics, and we want them to develop into increasingly sophisticated problem solvers. However, in addition, we can help (or hinder) our students’ understanding of science as a human endeavor; we can help them become more effective communicators with us and with their peers; and we can help them learn how they themselves learn. 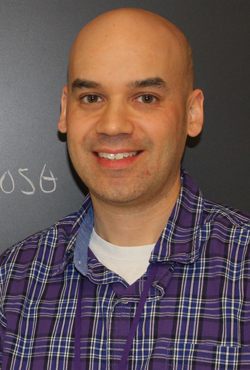 The 2018 Paul W. Zitzewitz Award for Excellence in Pre-College Physics Teaching was presented to Frank Noschese from John Jay High School in Cross River, NY. His talk was #iTeachPhysics – Can Social Media Make Us Better Educators? He discussed how social media has moved beyond status updates about breakfast and is changing how we engage in our profession as educators. Social media allows classroom teachers to connect with each other and share lesson ideas. But social media can also evoke empathy — allowing us to see the previously unknown personal and professional struggles of others. It can transform our perceptions about our students and colleagues and thus spark action to seek change within ourselves and within our institutions.

On Monday evening AAPT hosted a Plenary, A Conversation with Shirley Malcolm. In this plenary session we  invited four members of the diverse AAPT community to participate in a discussion with Dr. Malcom. Shirley Malcom is Head of Education and Human Resources Programs of the American Association for the Advancement of Science (AAAS). The directorate includes AAAS programs in education, activities for under¬represented groups, and public understanding of science and technology. AAPT members participating in this conversation represented students, high school teachers, two year college faculty, and four year college and university faculty. Representatives from each group asked Dr. Malcom pressing questions from their unique perspectives about the state of science education.

David W. Cash, Dean of the John W. McCormack Graduate School of Policy and Global Studies at UMass Boston and a founding Dean of the Sustainable Solutions Lab. His talk, Dispatch from the Front Lines: Confessions of a Science Teacher, Researcher and Government Bureaucrat reviewed his career as researcher, teacher, and government official trying to understand and better harness scientific knowledge to solve pressing policy challenges.

In the last year, scientists have taken to the streets in two national marches for science, science curricula in a number of states are under fundamental review, and federal rules that govern the use of science in the U.S. Environmental Protection Agency are being revised. These are just a few of the data points that show that science, scientific research, the science-policy interface, science education, and scientific literacy are being defined, re-defined, re-cast, transformed, re-imagined, and re-conceived. This presentation explored the turbulent world science educators and practitioners find ourselves in.

The Klopsteg Memorial Lecture Award was given to Clifford Victor Johnson, University of Southern California, Los Angeles. He took us on a journey that included “Black Holes and Time Travel in Your Everyday Life.” A little over a hundred years ago, Einstein helped us rethink space and time, and shook our conception of the universe to its foundations. Concepts like black holes, warped spacetime, wormholes, the multiverse, and time travel solidified and entered discussions of both our real universe and the universe of our imaginations. Johnson talked about some of these ideas, including aspects of exciting current research into them, and about the role of these concepts in popular culture, describing his work helping creators to interweave these concepts into their storytelling in blockbuster movies, primetime TV, and bestselling books. 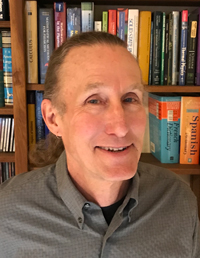 Kyle Forinash, emeritus professor of physics at Indiana University Southeast, New Albany, IN, received the 2018 Robert A. Millikan Medal for his notable and creative contributions to the teaching of physics. His talk, Breaking Out of the Physics Silo, discussed how Robert Millikan became a physics teacher when his Greek professor at Oberlin College asked him to teach a preparatory class in physics at the college. Although this was not an easy transition for Millikan, the world is better off for him having been obliged to venture into unfamiliar territory. Most of us would prefer to stay within our comfort zone, especially in the classroom. But sometimes we decide (or are forced, kicking and screaming) to try something new that can make us flourish as teachers. Millikan had good advice for anyone faced with a new challenge: “All right, said I, you will have to take the consequences, but I will try and see what I can do with it.” In his talk, Forinash offered some suggestions, grounded in fortuitous events that have caused him to grow as a teacher, for ways to take risks, leave the physics silo and learn new things. 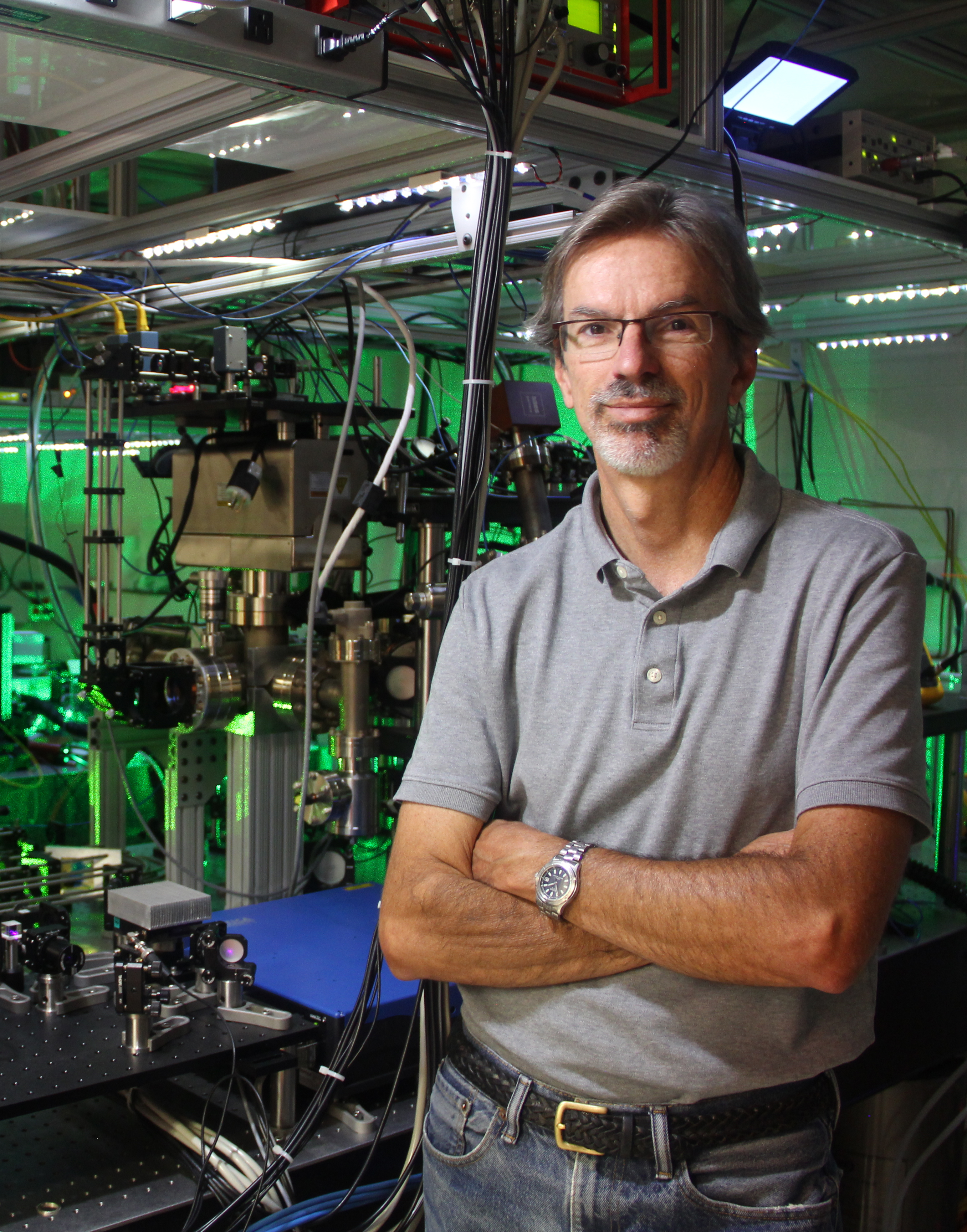 The APS Plenary, co-sponsored by the American Physical Society Forum on Education, featured Steven Rolston from the University of Maryland. In his talk, The Coming Quantum Revolution, Rolston noted that The Information Revolution was built on the insights of quantum physics — semiconductor properties, lasers, and magnetism. But these did not require considering the things about quantum mechanics that keep people up at night - superposition, measurement, and entanglement. Through technological advances of the last twenty years, we can now trap individual atoms and ions, create superconducting circuits that act as single quan¬tum bits, and create spins embedded in solid state materials with coherence times of seconds. Adding in the insights of information and computer science, we are poised for a second quantum revolution — one where the “weird” features of quantum mechanics will be exploited. Potential applications include quantum computers and simulators, quantum-enhanced sensors, and quantum networks. Countries are beginning to invest billions, and companies large and small are starting quantum efforts.

The other invited plenary speaker was Evangeline J. Downie, George Washington University. Her talk, The Proton Radius Puzzle, discussed the difference between the radius of the proton when measured with electrons, and that measured with muons. Its potential resolutions could be very exciting, include beyond-standard-model physics. The puzzle has resulted in several papers in Science and Nature, and much popular media interest. It began in 2010 with an ultra-precise radius measurement by the CREMA collaboration using muonic hydrogen, which produced a proton radius result roughly seven standard deviations away from the accepted value. This caused a flurry of theory development, new experiments, and much thought and discussion. The radius puzzle remains unresolved to this day, with many new experiments proposed and under development and hotly debated theories.

Special events began Sunday with the opening of the High School Physics Photo Contest, the evening Exhibit Hall Opening Reception and SPS Undergraduate Research Poster session. Monday was the High School Teachers' Day and the schedule was packed with events and sessions of particular interest to high school teachers. Also on Monday were the First Timers Gathering, the Apparatus Competition, the Early Career Professionals Speed Networking event, and Game Night. Tuesday included the semi-annual Fun Run/Walk, Physics Demo Show, Trolley Tour of Washington, DC, a Rooftop Reception, and regular poster sessions, workshops, paper sessions, and Topical Discussions, Area Committee Meetings, and the Exhibit Hall, the 2018 Summer Meeting in Washington, DC had something of interest for everyone.