AAPT established the awards program to recognize and honor those who have made highly significant contributions to the association, to physics education, and to physics research. The awards program is partly funded by donations from members of AAPT. Highlighted in this newsletter is the Melba Newell Phillips Award. Also in this fall edition of the newsletter a reprint of an exceptional article about the US Physics Team. 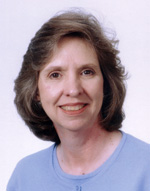 This award is given for exceptional contributions to physics education through leadership in the American Association of Physics Teachers and was established in 1981.

In each generation of physics educators there are one or two persons who are recognized by all to be outstanding leaders. Such leaders - by creative suggestion, exhortation and example – inspire others to attempt difficult projects whose results benefit physics teachers and students everywhere. Melba Newell Phillips was such a leader. She served the American Association of Physics Teachers as President, Executive Officer, Editor and Office Manager of the Physics Teacher, leader in a movement to improve high school physics teacher preparation programs, Editor of the Film Repository, Chairman of the Issue Oriented Module development project, Editor of the 50th Anniversary commemorative reprint book, and AAPT Historian.

She exhibited an interest in teaching, as she was finishing high school. She took a written examination to become an elementary teacher in Indiana, and did very well. The law, however, specified a minimum age of 18 and Melba was only 16. She chose to begin her college career rather than teach.

Evidence of her academic success was her emergence as the first woman PhD student of J. Robert Oppenheimer. Her long and distinguished career in higher education served her well as evidenced in her leadership within AAPT. 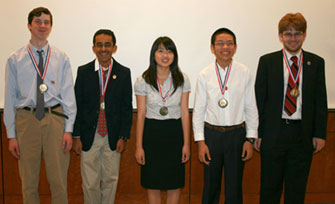 "These Are Our Children"

At one of the last International Physics Olympiads (IPhO) that I attended, another coach describing his enthusiasm for his student’s excellent performance, said something that has remained with me until this day – "These are our children." Every coach present knew exactly what he meant. These young people are our investment in the next generation of physicists.

As a former coach and academic director, I’ve seen what a difference the team can make in the lives of these incredible young people. The students have gone through rigorous testing before being selected for the team. They are truly among the best and the brightest high school physics students in the country. They are students who have the intellect to win a Nobel Prize, solve the world’s energy problems, or find a cure for cancer. They are students who can succeed in any major and any career.

"It is extremely important to encourage and nurture them so that they remain in science."

Most of the students invited to the training camp are the top science student in their high school. For many, the training camp is their first chance to meet other students who are truly their peers. These are students that they will encounter again and again – at the university, in graduate school, and in their future careers. With so many others just like them, they quickly bond and form study groups.

The training camp is a crash course in the first two years of university physics. These students absorb all of this as fast as they can. They have an opportunity to hear about cutting edge research in physics. It is a program that I wish had existed when I was in high school. I’d like to think that I was talented enough to make the team.

With the bad rap the US education system has received, it is encouraging to see that the US is competitive at the highest level. Over the past ten years, every student traveling to the IPhO has returned with a medal. Half the traveling teams have included a female student, competitive at the gold or silver level. Coaches from other countries, contemplating their all-male teams, have asked how we did it. We need to preserve these gains and further increase the number of females and minorities on the team.

My husband and I tithe our taxable income to an assortment of 501(c)(3)’s. We’ve been blessed and it’s about giving back to causes we believe in. I believe in the US Physics Team and the incredible young people that are selected each year. They are OUR children. I want them to be among the next generation of physicists. I encourage you to consider a donation to AAPT in general and the US Physics Team in particular. It is truly an investment in the future. 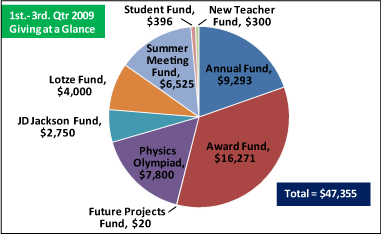 Thank you to all our donors. Your gifts truly make a difference!