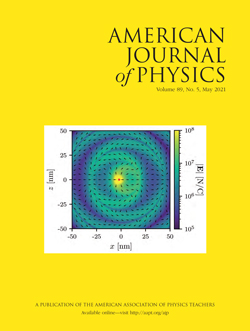 We present a computational method to directly calculate and visualize the directional components of the Coulomb, radiation, and total electromagnetic fields, as well as the scalar and vector potentials generated by moving point charges in arbitrary motion with varying speeds. Our method explicitly calculates the retarded time of the point charge along a discretized grid, which is then used to determine the fields and potentials. The computational approach, implemented in python, provides an intuitive understanding of the electromagnetic waves generated by moving point charges and can be used as a pedagogical tool for undergraduate and graduate-level electromagnetic theory courses. Our computer code, freely available for download, can also approximate complicated time-varying continuous charge and current densities, and can be used in conjunction with grid-based numerical modeling methods to solve real-world computational electromagnetics problems such as experiments with high-energy electron sources. We simulate and discuss several interesting example applications and lab experiments including electric and magnetic dipoles, oscillating and linear accelerating point charges, synchrotron radiation, and Bremsstrahlung.

A geometric method to locate Neptune by Siddharth Bhatnagar, Jayanth P.Vyasanakere and Jayant Murthy. DOI: 10.1119/10.0003349
In this paper, the authors develop a purely geometric method for locating an “unknown” planet by using location data for all other planets in the solar system. The method is applied to determining the orbit of Neptune from data for the Sun and the seven planets that were known at the time of the actual discovery of Neptune in 1846. This method is suitable for presentation in an advanced dynamics class.

Gutterballs and rolling down the tubes by Keith Zengel. DOI: 10.1119/10.0003796
The behavior of a ball rolling inside a tilted cylinder follows a variety of intriguing paths that can be understood with only intermediate-level mechanics. The link above will also take the reader to the article's video abstract.

Application of the Helfrich elasticity theory to the morphology of red blood cells by L. Martínez-Balbuena, A. Arteaga-Jiménez, E. Hernández-Zapata and E. Urrutia-Buñuelos. DOI: 10.1119/10.0003452
In a paper directed at undergraduates interested in biophysics, elastic energy is shown to dominate the equilibrium shapes of red blood cells and to explain the shape of those cells. The mathematics of the needed geometry for the curvature of two-dimensional surfaces is developed within the paper.

Space- time computation and visualization of the electromagnetic fields and potentials generated by moving point charges by Matthew J. Filipovich and Stephen Hughes. DOI: 10.1119/10.0003207
Computing the fields generated by moving electrical charges is a common element of higher-level electromagnetism classes, but such fields can be difficult to visualize due to the complexity of the expressions involved. This paper describes and presents results from a computer code for directly calculating the fields and potentials of moving charges and currents. Appropriate for use in upper-level undergraduate and graduate electromagnetism classes.

Magnetic diffusion, inductive shielding, and the Laplace transform by Alexander E. Krosney, Michael Lang, Jakob J. Weirathmueller and Christopher P. Bidinosti. DOI: 10.1119/10.0003508
For low frequencies, penetration of a magnetic field through a conductor is governed by a diffusion equation. The authors study this phenomenon analytically, using the Laplace transform; and experimentally, using simple apparatus that can be found in a typical undergraduate teaching laboratory. Agreement between theory and experiment is very good, making the lab exercise ideal for studying the skin effect, eddy currents, and magnetic shielding.

Two-body bound states through Yukawa forces and perspectives on hydrogen and deuterium by Henrique L. Ennes, Moira I. Gresham and Alexander F. Shaw. DOI: 10.1119/10.0002998
A combination of analytical and numerical calculations is given for a two-body bound-state problem in quantum mechanics, closely related to that of the hydrogen atom and the deuterium nucleus. The interaction between particles is given by Yukawa forces, which generalizes that for the Coulomb force. Appropriate for advance undergraduate quantum mechanics classes.

Particle velocity = group velocity: A common assumption in the different theories of Louis de Broglie and Erwin Schrödinger by Nathan Lima and Ricardo Karam. DOI: 10.1119/10.0003165
Group velocity has been a key concept in attempts to reconcile the particle and wave approaches in quantum mechanics. Here, Lima and Karam explore two of these early struggles: Louis de Broglie's relativistic view of the wave accompanying a moving body and Erwin Schrödinger's derivation of the motion of a non-relativistic particle. The authors take us through the steps of de Broglie's and Schrödinger's developments, including the problems and inconsistencies they faced. Although both tried to formulate a consistent picture of the particle-wave duality, their developments were conceptually and technically very different. Actually, they only agreed on the assumption that particle velocity can be equaled to the wave group velocity. In addition to bringing some history of science in class, this paper can be used in undergraduate classes to show how two of the founding fathers of quantum mechanics battled, like the rest of us, to make sense of quantum reality.

Simple derivation of the explicit forms of quantum-mechanical fundamental representations by Ye-Jun Xu, Xiu-Chun Ding, Ji-Zhu Peng and Shu-Dong Fang. DOI: 10.1119/10.0003900
This brief paper presents a remarkably simple derivation of expressions of the harmonic oscillator position and momentum states | q 〉 and | p 〉, along with the energy eigenvalue (number) states | n 〉 and the coherent states | z 〉 in terms of operators acting on the vacuum state, appropriate for intermediate and advanced-level quantum mechanics.

A simple model system to study coupled photonic crystal microcavities by Alain Perrier, Yvan Guilloit, Élodie Le Cren and Yannick Dumeige. DOI: 10.1119/10.0003351
The experimental study of photonic devices typically requires specialized fabrication facilities and complex optical instrumentation. In this paper, the authors use interleaved sections of 50 Ω and 75 Ω coaxial cables to mimic the behavior of single and multiple coupled optical resonators, allowing them to explore this fascinating field in the easily accessible radio frequency domain. Their measurements using simple instrumentation are in good agreement with theoretical predictions based on the transfer matrix method widely used in optics.