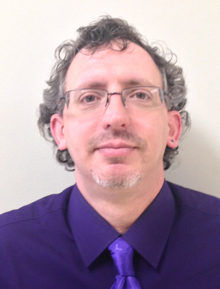 Homer L. Dodge Citation for Distinguished Service to AAPT will be Presented to Paul J. Heafner

Heafner has volunteered to serve on the Social Media Engagement Team helping to tweet information about AAPT’s recent meetings as well as presenting workshops and papers at numerous AAPT and NCS-AAPT conferences.

When being notified of this honor, Heafner said, “ I’m speechless……..but in a good way! Thank you very much.”