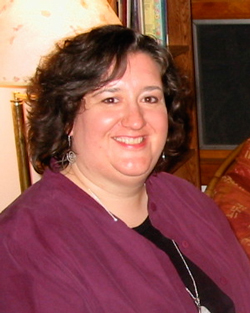 Martha Lietz to be Recognized as a 2014 Recipient of the Homer L. Dodge Citation for Distinguished Service to AAPT

College Park, MD, March 28, 2014—AAPT has announced that Martha Lietz will receive the association’s Homer L. Dodge Citation for Distinguished Service to AAPT during the 2014 Summer Meeting in Minneapolis, Minnesota.

Lietz, a National Board Certified Teacher (Adolescents and Young Adults: Science-Physics) has her M.S. in Physics from Carnegie Mellon University.  She teaches science at Niles West High School in Skokie, Illinois and serves as an AP Consultant for the College Board and Educational Testing Service.

Lietz has presented workshops at AAPT national meetings, local section meetings, through the PTRA program and for the College Board. She has presented numerous papers and published articles in The Physics Teacher.

On her selection for this honor, Lietz commented, “It has been an honor and a pleasure to give back to an organization that has given me so much over my physics teaching career.”