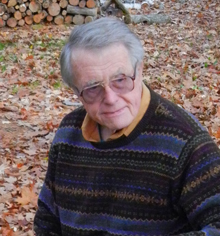 Elisha Huggins to be Honored with the 2015 Homer L. Dodge Citation for Distinguished Service to AAPT

Huggins was an early pioneer in the use of computers as physics instructional tools. He has authored a number of introductory physics textbooks including Physics 2000 which promotes the teaching of special relativity in the first week of an introductory physics course.  This allows for the inclusion of much more modern physics than is normally the case at the introductory level. Professor Huggins is also the developer of award winning software program MacScope which allows a computer to be used as a powerful storage oscilloscope.  He has demonstrated the features of MacScope, as well as Physics 2000, in commercial workshops at numerous national AAPT meetings helping physics teachers make modern physics a part of introductory physics courses.

Huggins has taught Physics at Dartmouth College since 1961. He was an undergraduate at MIT and got his Ph.D. at Caltech. His Ph.D. thesis was under Richard Feynman, where he found a number of terms representing the lack of uniqueness of energy momentum tensors. The scalar field term, which now plays a major role in conformally invariant field theories, was named the “Huggins term” by Murray Gell-Mann.

His AAPT service includes contributions to American Journal of Physics and The Physics Teacher, commercial workshops at Summer and Winter meetings where he presented his innovative teaching ideas, and Sustaining Membership in the Association since 2000.  He currently serves as a member of the editorial board of The Physics Teacher.

Regarding his selection to receive this award, Huggins said, “It has been an honor to see one of my teaching assistants become the Editor of TPT, and to work over the years with the people of AAPT.”