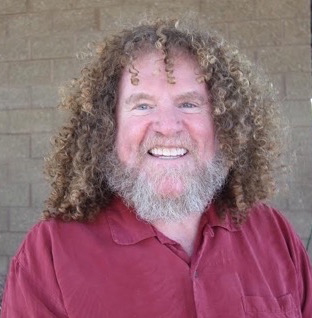 2016 Homer L. Dodge Citation for Distinguished Service to AAPT to be Awarded to David Weaver

Weaver, a member of AAPT since 1992, recently retired from teaching at Chandler-Gilbert Community College (C-GCC) in Chandler, Arizona where he served as a division chair, occupational program designer and director, occupational dean, faculty senate president, member and chair of the C-GCC Instructional Technology committee, chair and co-chair of district-wide instructional technology initiatives, curriculum design facilitator, staff development coordinator, and district-wide chair of the physics instructional council. He received Emeritus distinction from C-GCC and is currently teaching at Estrella Mountain Community College as a sabbatical replacement.

His contributions to AAPT include service at both the national and the local level. Nationally, he has served on the Committee on Physics in Two-Year Colleges as a member and also as chair, member of the Programs Committee, Secretary of the Section Representatives and as Co-Chair of the AAPT Ad Hoc Committee on Alternative Access. Locally, David served as president, vice president, two-year college representative, and section representative of the Arizona section of the American Association of Physics Teachers.

He is known as a leader in the two-year college community. Tom O'Kuma noted that David "has been involved in every major two-year college initiative of AAPT." He was active in the TYC21 (Two-Year College for the Twenty-First Century) and the SPIN-UP/TYC project. Weaver has organized and presented many invited and contributed workshops/talks on various topics nationally and locally. He served as president, vice president, two-year college representative, and section representative of the Arizona section of the American Association of Physics Teachers over many years.

Regarding his selection to receive this honor, Weaver said, "Isaac Newton is famous for declaring, "If I have seen further, it is by standing on the shoulders of giants." Tom O'Kuma and Curt Hieggelke were the first physics teaching giants I met in '92. Soon after, I met many other giants like Robert Beck Clark, David Hestenes, Dwain Desbien, and others too numerous to mention. I owe whatever success I've had in the classroom to the many giants I've been privileged to work with."