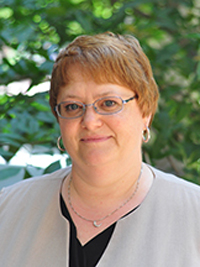 2019 Homer L. Dodge Citation for Distinguished Service to AAPT to be Awarded to Janelle M. Bailey

Her long history of dedicated service to the organization began many years prior to entering the four-year AAPT Presidential Chain in 2014 and included: Co-Founder, President, and Section Representative, Southern Nevada Section; Editorial Board Member and occasional reviewer, The Physics Teacher; reviewer, American Journal of Physics; Chair and Committee member, Committee on Space Science and Astronomy; Organizer/presider of multiple sessions and workshops; and Paper Sorter for WM07 (Joint Meeting with the American Astronomical Society) and WM12. In 2014 she was elected to serve as Vice President on the AAPT Executive Board and continued serving as President-Elect in 2015, President in 2016, and Past President in 2017.

In learning that she was selected for the Homer L. Dodge Citation for Distinguished Service to AAPT, Bailey had the following to say:
“It has been a great pleasure to work with AAPT and its members for nearly two decades. AAPT has become my professional “home,” with acquaintances quickly evolving to trusted colleagues and dear friends. Our members have a deep passion for physics education that is unparalleled in other professional societies. Being recognized with this award is a true honor, and I am grateful to my nominators, the Awards Committee, and AAPT membership for my selection.