2019 National Board of Directors Election Candidate for Vice President 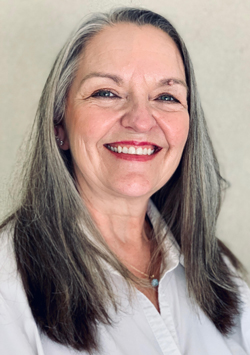 I am honored and humbled to be among those considered for the position of Vice-President of AAPT. This puts me in the company of friends and colleagues that have been and continue to be mentors, role models, and well – heroes, for me as I have navigated my way through what I sometimes refer to as my “accidental” career as a physicist. I say this because I began my quest for higher education a little later than some, with the sole purpose of becoming a high school math teacher. It was in the darkness of the optics lab, a class taken to “check a box” for my minor in physics, that caused my attention to turn toward other things. It was there, with the help of a skilled lab instructor that I fell in love with all the physics things. Even though my goal of becoming a high school math teacher was altered, teaching never left my trajectory. But, like many graduate students, my first encounter with the professional physics community was within a more “traditional” research community. As I began my first position as a faculty member, I realized quickly that I needed a community that would support the synergy between my desire to be a better teacher and continue my interests in experiments and lab-based research. It has been relationships in AAPT, and strong connections with SPS that have supported those efforts.

AAPT serves as the primary community for all of us involved in teaching and learning physics. The influence of AAPT goes well beyond the classrooms of our members and reaches deep into the fundamental and applied research efforts all over the world. How? I believe strongly that it is through the work of passionate, inspired and dedicated physics educators that the curious are spurred on to learn, explore, and discover in ways that we have yet to imagine as we lay the necessary foundations. The AAPT community has been the foundation of my own journey to be that kind of educator. I am still learning, and AAPT facilitates that.

The value that I find in my association with the AAPT community is, unlike all the physics things, immeasurable. AAPT meetings are places of welcome, where I feel empowered to ask questions, even if I should probably already know the answer. AAPT is the place where you can find folks who know what is “in between the lines” in an instruction on how to get a new lab going or help us find better ways to explain that tricky thing that just does not seem to get through. It is a place of sharing and genuine interest in a common goal, teaching and learning physics.  The connections made at our gatherings are the seeds of relationships that support careers for a lifetime. I hope to work toward expanding the reach of AAPT as the inclusive, welcoming home that makes connections between physics educators at all levels and from all backgrounds.

I have spent my career devoted to making connections surrounding the undergraduate physics community. I chose a career in primarily undergraduate institutions, sandwiched in between the graduate community, where many of my students would go after their time with me, and the K-12 community, where students begin to find their path. I have found that AAPT as a community works tirelessly to attend to this full range of “K-life” physics education. I like being in the middle and working to find new ways to smooth the transitions, for the community to work synergistically to ensure that all students can experience the wonders of physics and get a glimpse of the mysteries of the universe. AAPT stands ready to continue growing and meeting the on-going challenges of this work. I welcome the opportunity to be part of the strong leadership that shepherds efforts already making an impact on diversity and inclusion and making real headway in understanding how students from all backgrounds can best learn physics. My goal is to see that AAPT as an organization stays at the forefront of these initiatives. AAPT enhances the forward progress of physics, and all that it involves, by deepening and expanding the relationships between all the teachers and learners of physics, “K-life”, and I would welcome the task of being part of that leadership team.