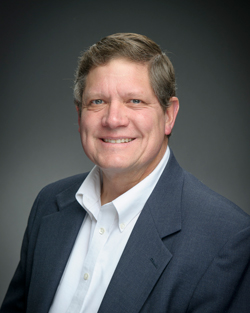 College Park, MD, February 1, 2021—AAPT has announced that Gregory E. Francis will receive the Robert A. Millikan Medal during the 2021 Summer Meeting. This award recognizes educators who have made notable and intellectually creative contributions to the teaching of physics.

Francis is the Director of the Master of Science in Science Education Program at Montana State University, Bozeman, Montana.  This program offers a unique blend of online and field courses for K-12 educators.  In its 23rd year, the program has produced over 1200 graduates.

Francis is co-author of two introductory textbooks: Physics: A Conceptual World View with Larry Kirkpatrick, and College Physics: Putting It All Together with Ron Hellings and Jeff Adams.

First and foremost a teacher, Francis began his work touching young minds early. As an undergraduate at Brigham Young University he taught recitation sections normally reserved for graduate students. Later, as a graduate student studying plasma physics at MIT, he regularly found opportunities to teach classes normally reserved for research faculty. After finishing his doctorate in 1987 he served as a postdoctoral fellow at Lawrence Livermore National Laboratories. Although his day job gave him the opportunity to work with world-class scientists on exciting problems, he found that he really preferred his night job, teaching physics classes at the local community college.

In 1990, Francis joined the Physics Education Research Group at the University of Washington-Seattle, working with Lillian McDermott and Peter Shaffer to explore the science of effective physics teaching. Since 1992 he has continued to experiment with active learning approaches in large introductory classes at Montana State University where he is currently Professor of Physics.

Regarding his recognition as recipient of the Millikan Medal Francis said, “ I am deeply humbled, and also confused.  I have worked with so many talented teachers over the years that are more deserving of this award. I guess I don’t have to understand it to be grateful for it.  I will accept the award as a representative of the many college physics teachers who try their best, year after year, to help their students appreciate the physical world around them.”