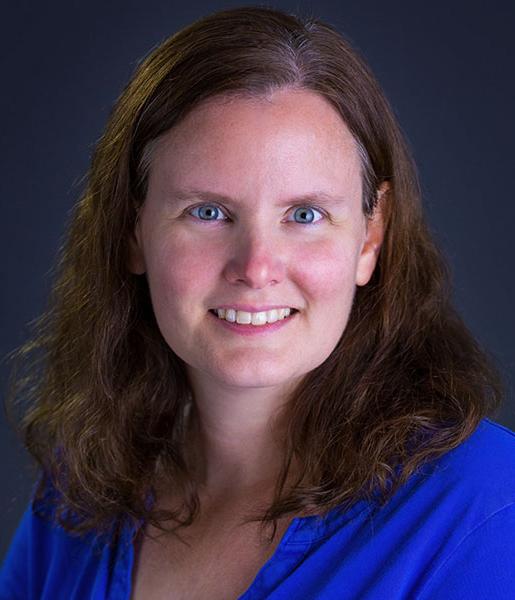 College Park, Maryland, August 8, 2022—The American Association of Physics Teachers (AAPT) has announced that the John David Jackson Excellence in Graduate Physics Education Award for 2023 will be awarded to Kimberly Ann Coble, Professor of Physics at San Francisco State University.

This prestigious award will be presented to Coble during the 2023 AAPT Winter Meeting. Coble was selected to receive the Jackson Award in recognition of her work as a teacher of graduate Physics and Astronomy. She is a pioneer in graduate physics & astronomy education.

At San Francisco State University (SFSU) she created a new course called PHYS 885: Inclusive Pedagogy for the Physical Sciences. Nearly all master’s students who are Graduate Teaching Assistants (GTAs) in Physics & Astronomy at SFSU take this class to learn how to become more effective teachers for the ever more diverse students enrolling in the physical sciences. Despite a third of undergraduate students belonging to groups underrepresented in the physical sciences fewer than 5% of graduate degrees are eventually awarded to these students. The problem is complex, but part of the solution is better training of the GTAs who teach undergraduate students in lower-division introductory laboratory courses – these are often the first instructors that undergraduates see in smaller class settings. Yet, GTAs typically have the least training in teaching. Coble’s course introduces GTAs to evidence-based, student-centered, equitable and inclusive teaching strategies, the social science literature on cultural capital, asset framing and growth mindsets, stereotype threat, and micro vs. macro aggressions vs. affirmations. The course is practical, helping GTAs learn how to create lesson plans, student learning outcomes, differentiated assessments, and grading rubrics. GTAs also reflect on their teaching practice and collaborate with peers to identify successes and challenges in their teaching.

Throughout her career she has created opportunities for graduate students and beyond to become involved in research in meaningful ways and to engage in the academic work, such as presenting at conferences and writing manuscripts for publication, and supporting them in doing so well. When these students attend conferences, Coble goes out of her way to help students network, identify learning opportunities, and model academic engagement so that they get the most out of their experience.

She led the development of “Big Ideas in Cosmology,” a flexible, interactive set of online modules on cosmology that instructors use at many levels, from graduate and upper-division undergraduate majors to lower division courses for non-majors. The modules use active learning design elements, particularly those that leverage personal computing tools, so that students engage with real data through a scaffolded approach that facilitates knowledge construction. The modules are also explicit in representing the diversity of both real and imagined people studying cosmology, through profiles of a variety of scientists and the use of varied and diverse student names in activities, respectively.

Coble’s work in teaching, mentoring of, and curriculum development for graduate students in astronomy and physics is outstanding. She is training a generation of new scholars who are helping to change the culture of physics and astronomy pedagogy to be more inclusive and equitable. In recognition of her sustained leadership in these endeavors, Coble was elected as a Legacy Fellow in the inaugural class of the American Astronomical Society Fellows Program in 2020.

About the Award
Named in honor of outstanding physicist and teacher, John David Jackson, this award recognizes physicists and physics educators who, like John David Jackson, have made outstanding contributions to curriculum development, mentorship, or classroom teaching in graduate physics education. This award recognizes that great teaching CAN be done and should be expected of great scientists at leading institutions, not only from people whose primary or entire focus is on teaching. Previous winners of this award are Mehran Kardar, David Pines, Kip Thorne, and Eugene Commins. Additional information about the award is available at http://www.aapt.org/Programs/awards/jackson.cfm.