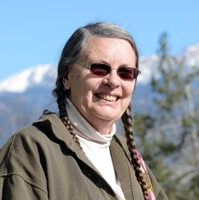 College Park, MD, October 3, 2017—Barbara L. Whitten has been named as the 2018 recipient of the prestigious Hans Christian Oersted Medal, presented by the American Association of Physics Teachers (AAPT). The Medal will be awarded at a Ceremonial Session of the 2018 AAPT Winter Meeting, in San Diego, California. The Oersted Medal recognizes her outstanding, widespread, and lasting impact on the teaching of physics through her work on diversity and inclusion in physics.

Whitten is Professor Emerita of Physics, at Colorado College in Colorado Springs, Colorado. She earned her B.A. in Physics at Carleton College and her M.A. and Ph.D. at the University of Rochester, Rochester, New York. She is an excellent physicist, teacher, mentor who is strongly committed to education and the wider physics community. Prior to joining the faculty of Colorado College, she taught in the Western College Program of Miami University and worked as a research scientist at Lawrence Livermore National Laboratory.

Whitten has a variety of interests in physics: both in terms of technical physics and service to the profession. She has maintained an active technical physics program that has most recently focused on computational environmental physics. Over her years at Colorado College, she involved students in her research, taught all levels of the undergraduate curriculum, developed novel courses and served as a founding member of the Feminist and Gender Studies program at Colorado. This meant that from its inception, the Gender Studies program has had a natural scientist as part of its interdisciplinary faculty governing committee. It was her interest in feminist science that led to her primary impact on the physics teaching community.

Many years ago, when thinking about ways to increase the numbers of women and other under-represented groups in undergraduate physics programs, instead of guessing what might be the correct approach, she decided to ask. Specifically, she decided to ask why some physics departments seemed to be more successful in graduating women and underrepresented minorities than others. Working through the APS's Committee on the Status of Women in Physics, she developed and led a site visit program where a team of faculty and students visited several institutions: interviewing faculty, staff, and undergraduate students. By the end of the project, she had conducted 15 site visits and received funding through the National Science Foundation. After visiting each institution, the site visit team would create a summary of their findings. The site visit findings culminated in "What Works for Women in Undergraduate Physics?" featured in Physics Today in 2003. One of the main findings was that the things that improved the departmental climate for women also helped the men in the department. What was good for women in physics helped all undergraduates thrive. The findings from these site visits have continued to influence the ways in which physics departments look at themselves. This project has successfully opened physics departments to women and underrepresented minorities.

Though she has emphasized physics teaching and learning practices in the classroom to develop a more inclusive physics community,  Whitten has also championed the role of peer mentoring and near-peer mentoring to help mentor junior faculty and for on-going professional development at all stages. Along with four of her colleagues she pioneered a long-distance, mutual mentoring network. And they have extended their collaboration to an AAPT sponsored program, the e-Alliance.

Whitten is a co-PI of the NSF ADVANCE funded AAPT project: "Mutual Mentoring to Combat Isolation in Physics." This project grew out of an earlier NSF ADVANCE project in 2008 that created an ongoing peer mentoring group. Those who benefitted from the initial project found it to be so successful, that they wanted to extend the program. In drafting the proposal, Whitten was instrumental in providing the intellectual merit section of the proposal. She researched the field of mentoring in the sciences and was able to provide the needed research basis for the proposal.

Whitten's impact in diversity and inclusion in physics is widely felt in the physics education community, particularly at the undergraduate level. From "What Works" articles to her development of a site visit program to assess departmental climates, she got the physics community to seriously consider the ways in which we could recruit and retain women in physics. She was a pioneer in providing meaningful scholarship on this topic and her work continues to change the ways in which departments think about their inclusiveness. Her work was the forerunner of current efforts to explore ways in which gender and sexual identity interact with development of an identity as a physicist. As the physics community strives to be more inclusive, we honor and celebrate the work by Whitten.

About the Award
The Oersted Medal is named for Hans Christian Oersted (1777-1851), a Danish physicist who, in the course of creating a demonstration for teaching his class, discovered that electric currents cause a magnetic field. This was a crucial step in establishing the theory of electromagnetism so important in building modern technology and modern physics. The award was established by AAPT in 1936 and is given annually to a person who has had outstanding, widespread, and lasting impact on the teaching of physics. Some previous Oersted award winners are John Winston Belcher, Karl Mamola, Dean Zollman, George F. Smoot, Mildred S. Dresselhaus, Carl Wieman, Lillian McDermott, Hans Bethe, Carl E. Sagan, Edward Purcell, and Richard Feynman. The complete list of recipients can be found at http://www.aapt.org/Programs/awards/oersted.cfm.