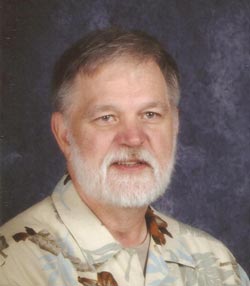 William E. (Bill) Reitz to be Honored with the 2017 Homer L. Dodge Citation for Distinguished Service to AAPT

College Park, MD, May 25, 2017—AAPT has announced that William (Bill) Reitz will receive the association's Homer L. Dodge Citation for Distinguished Service to AAPT, during the 2017 Summer Meeting in Cincinnati, Ohio.

Reitz is a retired teacher from Hoover High School, North Canton, Ohio. He had previously taught in Scotland and Australia.

Regarding his selection to receive this award, Reitz said, "It is an unexpected honor to be recognized by the organization that shaped my career and humbling to be listed among many of the physics educators who have inspired me."