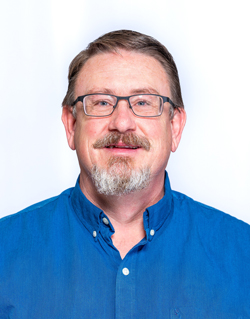 College Park, Maryland, United States, March 11, 2021—The American Association of Physics Teachers (AAPT) announced today that the 2021 Paul Zitzewitz Excellence in K-12 Physics Teaching Award winner is Bradford N. Talbert, a physics teacher at Lone Peak High School, Highland, Utah. This award is in recognition for contributions to pre-college physics teaching and awardees are chosen for their extraordinary accomplishments in communicating the excitement of physics to their students.

Regarding his selection for this award Talbert said, "I’m very honored to receive this award. To say it comes as a surprise would be an understatement. Thank you."

His career as a teacher began at Southern Utah University where he worked as a Teaching Assistant for College Algebra. In 1997 he began working as an author and instructor of high school physics offered through BYU’s Independent Study. His role as a high school physics teacher began at Pleasant Grove High School in 1994.  After teaching physics and AP Physics for fifteen years, Talbert worked at the state office of education for five years as the state science assessment specialist. During this time he was directly involved with the state end of level science testing. He traveled throughout the state leading trainings and workshops about effective strategies for assessing science content and practices. Near the end of his tenure at the state, Lone Peak High School had an opening for a Physics teacher, and he took the job. He currently teaches Physics, AP Physics 1, and Concurrent Enrollment Physics 1010 in partnership with Utah Valley University.

Talbert’s success as a teacher has been recognized with the 2004 Horace-Mann Crystal Apple Award for teaching excellence, the 2005 Presidential Award for Excellence in Mathematics and Science Teaching, and the 2009 USTA Outstanding Physics Teacher award.

He has a class room environment that integrates both technology and project-based learning to not only teach base level concepts but to create a rich and immersive culture for students to be passionate about physics. He has worked within a collaborative environment as a mentor for many years using his experience and expertise to reach beyond his classroom and improve our entire Physics team. Students respect Brad as an approachable and caring teacher and feel a part of a community not just a classroom.

In addition to his teaching assignments Talbert is constantly seeking professional development for himself as a lifelong learner with a growth mindset. He is involved yearly with professional development with a focus towards improvement in student learning. He also looks to provide opportunities for students to immerse themselves in the sciences outside of the classroom. He is constantly looking for meaningful ways to connect students to a future in science.

In nominating him for this honor, his principal at Lone Peak High School noted, “Brad also brings a much needed attitude of optimism and joyfulness to his classroom. He takes time to know when his students may be struggling because of the extreme circumstances that far too often exist in their young lives and provides a safe and hopeful environment during his class. He focuses on solutions and not problems and proactively seeks out those that need help and works with them to solve tough problems. He is often working with people to build their capacity, as a great educator always does.”