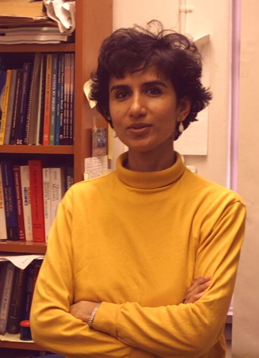 It is a great honor to be nominated for the position of AAPT Vice-President. This position comes with the opportunity to lead an organization that I revere and work with dedicated and enthusiastic colleagues who share my passion for enhancing the understanding and appreciation of physics through teaching.

I attended my first AAPT meeting in 1999 after pursuing research in physics education for several years. I knew then that I had found a professional home. I strongly believe that one of the unique strengths of AAPT as an organization is that it brings together K-12 and college educators who share the same passion and enthusiasm for improving the teaching and learning of physics. This community has inspired me in many ways, and I have learned a lot from many AAPT members, regardless of whether their focus is on teaching at the middle school, high school, or college level.

If elected to the Presidential chain, I will continue to build on the great work of our past and current leadership to make AAPT an even stronger organization. In addition to my staunch commitment to AAPT's mission and goals, my ability to work effectively with others and my organizational skills will be major assets in accomplishing the various tasks in the Presidential chain. In addition to my other responsibilities, I will work to: