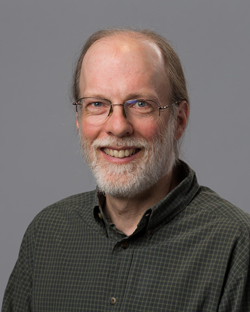 Daniel Schroeder to be Recognized as a 2018 Recipient of the Homer L. Dodge Citation for Distinguished Service to AAPT

Schroeder earned his B.A. in physics at Carleton College and his Ph.D. in physics at Stanford University. He began teaching at Weber State University in 1993 and continues to teach there. He is probably best known among physicists as the author of An Introduction to Thermal Physics (2000) and coauthor, with Michael Peskin, of An Introduction to Quantum Field Theory (1995).

He has been an active member of the Idaho-Utah Section of AAPT since 1993, serving as its President in 2003. His service to the American Journal of Physics began in 1998 when he was appointed to the Editorial Board. He served as Book Review Editor from 2003 through 2008 and as Associate Editor from 2012 to 2016. He now serves as a Consulting Editor.

Responding to his selection to receive this Citation, Schroeder said, "As someone who loves physics and loves sharing physics with others, I'm grateful to AAPT for providing journals and meetings and other venues for this sharing. Contributing to these endeavors has been a pleasure and a privilege, and the real reward is being able to learn and watch others learn."