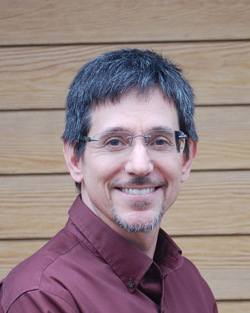 David P. Jackson to be Recognized as a 2018 Recipient of the Homer L. Dodge Citation for Distinguished Service to AAPT

While serving as AJP editor, an open-access policy was developed and instituted, the journal focused on more educationally-oriented articles, and a video abstract option was initiated. Throughout his tenure, Jackson strived "to improve the visibility of the journal and the prestige of publishing in AJP."

Regarding his selection to receive this Citation, Jackson said, "I am delighted to receive this recognition and to be included among the many other distinguished people who have received this honor."

AAPT is an international organization for physics educators, physicists, and industrial scientists—with members worldwide. Dedicated to enhancing the understanding and appreciation of physics through teaching, AAPT provides awards, publications, and programs that encourage teaching practical application of physics principles, support continuing professional development, and reward excellence in physics education. AAPT was founded in 1930 and is headquartered in the American Center for Physics in College Park, Maryland.