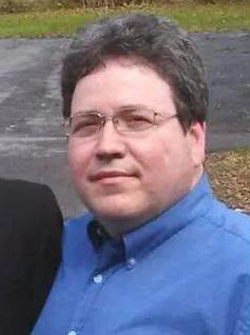 Department of Physics & Astronomy
University of Maine
Orono ME
sturmde@maine.edu

Commentary
Over 20 years ago a friend said AAPT was "where you want to be." That friend introduced not just a community of colleagues in physics apparatus via the famous TAP-L, but also told me to get to the next Summer AAPT Meeting… and to take the Lecture Demo Workshop. Before I had only known of APS and SESAPS gatherings. Here was a colleague inviting me to AAPT and PIRA. And he wasn't going to take no for an answer! Did someone invite you in on a personal level?

AAPT's financial situation -- once quite troubling only a few years past -- has been resolved by the great efforts both by our colleagues who volunteer and by our National Office under the direction of our Executive Officer. However, a troubling trend next needs attention. Our membership numbers are declining at a time when more physics is being taught than ever before! Yes, time goes on and people retire or pass away, but who are we inviting in? We must reach out to the many new teachers of physics. Not just college and high school, but middle level teachers wishing to teach physics concepts, and elementary teachers who could gain so much from AAPT workshops. We've seen great strides in AAPT's reach to the two-year college, and to the advanced laboratory, following in the footsteps of other 'once-new' communities within AAPT such as the PER group, PIRA, and PTRA. Each community within AAPT has so much to offer each other, yet we end up with meetings that don't quite allow for that to occur as well as it could. Can we invite each other in?

The Presidential cycle focuses the first two years on organizing content of National Meetings. I've prepared by serving as PIRA's representative in Programs and Meetings committees, as a committee chair, and as a member on the Meetings committee (where sites and surveys are discussed). I've participated in many paper sorts, and understand the challenges in setting a program. After my tenure through PIRA's presidential cycle, I became more active in my section, and currently serve as New England's section representative. We've seen growth at section and regional levels in attendance by section members, most of whom are K12 teachers. Can we invite all to join AAPT in full, and to attend National meetings? To work to increase membership nationally is a project for this coming presidential cycle. I invite you to task me with these duties in the coming years, and only ask that you seek friends teaching physics at any level and invite them to join AAPT.