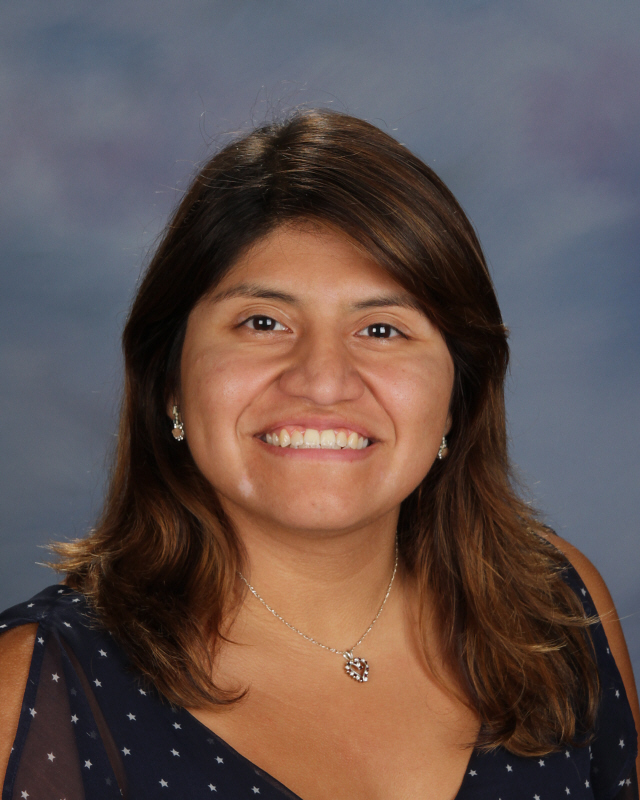 College Park, Maryland, United States, February 15, 2020—AAPT has announced that the 2022 recipient of the Doc Brown Futures Award is Debbie Andres. The Doc Brown Futures Award recognizes early-career members who demonstrate excellence in their contributions to AAPT and physics education and exhibit the potential to serve in an AAPT leadership role. The award will be presented during the 2022 Summer Meeting.

"I am incredibly grateful to be the recipient of this award. The members of AAPT have helped me grow as a physics educator and encouraged me to lead and share my voice. I hope to continue to help this organization grow by introducing more high school teachers to the many opportunities AAPT has given me." said Andres.

A member of AAPT since 2015, she earned a B.S. in Mechanical Engineering and Ed.M. in Science Education K-12 at Rutgers University, New Brunswick, NJ. Andres was a Learning Assistant (LA) before she started a physics teacher preparation program and then a mentor for LAs. While in the graduate program, she continued to work with peer leaders in the Rutgers Learning Centers, foreshadowing what would be her future work as a teacher leader in her current school district. She worked with the NJ Governor's School of Engineering and Technology and created the 3-week (12 lessons) course "Exploring Packaging Engineering Using Solidworks" for a class of 15 high school level students. She taught beginner students skills in Solidworks needed for 3D modeling, sheet metal, and animation. She collaborated with the Packaging Engineering department to show students the importance of modeling and the engineering design process in the packaging engineering industry.

After graduating from the teacher preparation program in 2016, Andres accepted a position at Paramus High School, a public high school in Paramus, NJ. At the time, Paramus High School was revamping their freshmen physics courses and looking to start a new AP Physics 2 course. Upon being hired, she immediately went to work on developing the multiple freshmen physics curricula (College Prep and Honors) and starting an AP Physics 2 course from scratch. She quickly rose as a teacher leader in her community and was hired for an in-school position as an Instructional Technology Coach in October 2017. As a coach, she worked directly with staff on how to incorporate technology into their teaching practices. This position proved to be very critical as the district transitioned towards implementation of the Google Apps for Education. In September 2020, she was appointed as an Instructional Coach and worked on supporting classroom teachers in the delivery of instruction that employs best practices, instructional models, and strategies for engaging students.

Andres has a great deal of professional development outside the teacher preparation program and outside of her school district. She has regularly attended workshops and sessions at the American Association of Physics Teacher (AAPT) national meetings since the Summer 2015. During her graduate program, she attended the PRISM workshop (at Montclair State University) NGSS Classroom Practices, Noyce Northeast NYC at the American Museum of Natural History, and Physics Union Mathematics Workshops. She is currently a member of multiple organizing committees of the AAPT. She is an active AAPT member of the Bauder Fund Committee and the Membership and Benefits Committee. She is currently the Chair of the National Nominating Committee and the Committee on Physics in High Schools. She also operates as the NJ Section Representative. As a board member of NJAAPT, Debbie regularly organizes professional development workshops for Physics teachers in New Jersey. During this past academic year, the workshops have been over video conferences and she has continued to help lead them and help physics teachers all around New Jersey acclimate to this virtual environment.

In addition to teaching experience, Andres has a large amount of research experience. In the summer of 2013, she applied and received funding for doing research at Harvard University School of Engineering and Applied Sciences. She investigated “Optical Properties and Durability Studies of Elastic Nanostructures” with Postural Doctorate Ximin He and its application as a banknote anti-counterfeiting method, she collaborated with Dr. David Kaplan at Tufts University on the uses of the silk fibroin, and she investigated and tested the mechanical properties of various compounds. She is currently working on a research project at Rutgers that is focusing on “Exploring the relationship between perceived and predicted explanation value”. With her research group, she is recording classroom interactions between students and instructors in physics recitations and administering a survey to students present in class on the day of the recording. This data will be analyzed using thematic analysis to identify which components of instructional explanations students generally identify as being qualities of good explanations.

Andres led her cohort in numerous creative endeavors, such as attendance at AAPT meetings, teaching workshops for high school students, preparation of a physics show for Rutgers Day and many others. She was the heart and soul of her cohort, loved and respected equally by peers and professors.