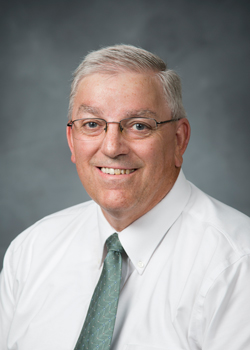 2020 National Board of Directors Election Candidate for Vice President

I have been a member of AAPT for longer than I can remember (1989).  I became a member as a rural high school physics teacher whose only contact with a physics teaching community was through AAPT and The Physics Teacher journal.  I found that each issue I had to quickly open up and find the “figuring physics” by Paul Hewitt and see if I had enough “physics” to correctly answer the question.  I would have to look for the Little Gems articles and other high school level articles that I could bring to my classroom.  During Operation Physics programs, Comprehensive Conceptual Curriculum Programs I was mentored by other physics teachers and physics leaders, Paul Hewitt, Robert Beck Clark and Richard Olenick.  During those years I rubbed shoulders with many AAPT members and programs.  I was able to be trained in Modeling Physics (1998-1999) and became a PTRA (2002).  Brigham Young University convinced me to leave a wonderful rural high school in Castle Dale, Utah to be employed to work with secondary physical science teaching majors: Chemistry, Physics, Earth Science and Physical Science.  I have had the great opportunity since 2004 to work with 272 students who have been graduated to become secondary physical science teachers.  Brigham Young University has supported the growth of this program and the students that graduate.  I have long wondered why it is that when a student takes a physics class that usually it is the last physics class they will ever take.  Why is it when a student takes that first physics class that the wonder of physics doesn’t capture them and make them want more.  As Arnold Arons said, “I am deeply convinced that statistically significant improvement would occur if more of “us” learned to listen to our students.”  I believe that AAPT is the place where members listen to each other and learn our physics teaching craft.  If I had a reason for being willing to serve AAPT other than just being willing to serve and give back to a community of physics teachers that have impacted my teaching, it would be to help us make physics available and to all.  I think that first physics class should be a “joy” as my mentor Paul Hewitt has so often said.