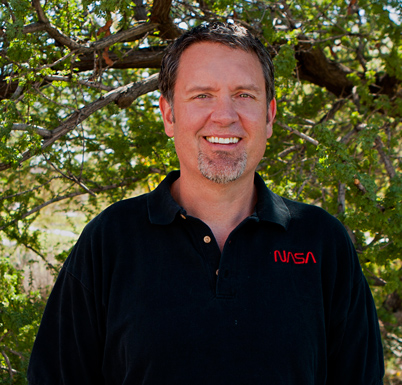 College Park, Maryland, United States, March 18, 2011— The American Association of Physics Teachers (AAPT) announced today Edward E. Prather is the recipient of 2011 David Halliday and Robert Resnick Award for Excellence in Undergraduate Physics Teaching Award. Prather is Associate Professor, Department of Astronomy-Steward Observatory, at the University of Arizona where he serves as Executive Director of the NSF, NASA, and JPL funded Center for Astronomy Education (CAE). This award is given in recognition of contributions to undergraduate physics teaching and awardees are chosen for their extraordinary accomplishments in communicating the excitement of physics to their students. John Wiley & Sons is the principal source of funding for this award, through its donation to the AAPT.

This prestigious award will be presented to Dr. Prather during the AAPT Summer Meeting in Omaha, Nebraska, where he will also present a paper. When informed of his selection for this award, Prather said, “When I was an undergraduate physics major I spent countless hours pouring over my Halliday and Resnick physics textbook - it was my physics bible.  It is quite an honor to be recognized, with this particular award, for something I am so passionate about—sharing my love of physics and astronomy with undergraduates, and hopefully instilling in these students just how important science is to our society and to our everyday lives.”

Prather received a Bachelor of Science degree in Physics and Astronomy at the University of Washington, and a Ph.D. in Physics at the University of Maine.  He predominantly teaches large-enrollment general education introductory college Astronomy courses, but also has taught in-person and online graduate courses both in astronomy and astronomy education, as well as calculus-based intro. physics courses, physics courses for non-majors, and physics courses for pre and in-service teachers. In 2004 he became Executive Director of the Center for Astronomy Education (CAE) at the University of Arizona, where he has led research programs to investigate students' conceptual and reasoning difficulties in the areas of astronomy, astrobiology, physics, and planetary science resulting in the development of innovative instructional strategies that engage learners and significantly improve their understanding of fundamental Earth and space science concepts.

Prather has been a driving force in the creation of research-validated curriculum and assessments materials for introductory Astronomy, such as Lecture-Tutorials for Introductory Astronomy, Ranking Tasks in Astronomy, the Light and Spectroscopy Concept Inventory, the Stellar Properties Concept Inventory, the Greenhouse Effect Concept Inventory, Mastering Astronomy, and many others.  Another major component of Dr. Prather’s work is providing industry-leading professional development workshops for current and future instructors of Earth and Space Science. His work in Astronomy Education Research has been published in the American Journal of Physics and in Physics Today, as well as Astronomy Education Review.

In 2006 his work was recognized with the University of Arizona Provost's General Education Teaching Award.  He also received the 2009 University of Arizona College of Science Innovation in Teaching Award. Prather’s interactive classroom environment challenges his students to step out of their comfort zones, to take chances on being wrong, and to take charge of their learning.

About AAPT
AAPT is an international organization for physics educators, physicists, and industrial scientists—with more than 10,000 members worldwide. Dedicated to enhancing the understanding and appreciation of physics through teaching, AAPT provides awards, publications, and programs that encourage practical application of physics principles, support continuing professional development, and reward excellence in physics education. AAPT was founded in 1930 and is headquartered in the American Center for Physics in College Park, Maryland.