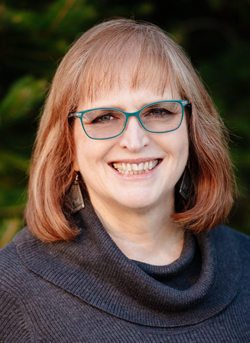 2018 Homer L. Dodge Citation for Distinguished Service to AAPT to be Awarded to Joy Elaine Gwinn

Gwinn earned her B.S. in Chemistry at West Texas A&M University and her Masters of Art in Physics Education at Ball State University. She started her career at Amarillo Independent School District (Amarillo, TX), as a Middle School Science & Math Teacher then moved on as a Physics and Chemistry Teacher at Canyon High School (Canyon, TX), teaching there for twelve years. Elaine currently teaches Physics and Chemistry at Shenandoah High School (Middletown, Indiana).

Gwinn has served as a Physics Teachers Resource Agent since 2006 and as a member of the AAPT Professional Concerns Committee (2010-2013) and as Secretary on the AAPT Publications Committee Secretary (2012-2014). Elaine served as the 2006-2007 PhysTEC Teacher In Residence at Ball State University. For the past four summers, Elaine has worked as lead instructor for PTRA workshops at the University of Wisconsin-River Falls that concentrated on NGSS topics.

Regarding her selection to receive this award Gwinn said, "I could have never foreseen where teaching would take me when I began my teaching career as a non-traditional college student at the age of 33. From Texas to Indiana, I've taught chemistry and physics to students of all abilities in every size school. AAPT and PTRA helped prepare me for the challenges of the physics classroom and I will be forever grateful for the professional support, resources, and friendships gained through this organization. It is an honor to receive this award and I am grateful for the opportunity to serve the organization that served me and continues to serve others."