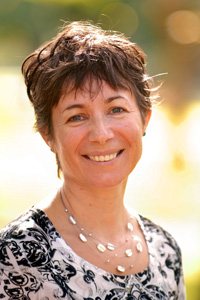 2012 AAPT Distinguished Service Citation to be Presented to Eugenia Etkina

Eugenia Etkina started her teaching career as a high school physics teacher in Moscow, Russia, where she taught for 13 years before coming to the US. In 1995-1997 she taught physics courses for at-risk students at Rutgers University. In 1997 she received her Ph.D. in physics education from Moscow State Pedagogical University and was appointed an assistant professor at the Rutgers University Graduate School of Education.  She became an associate professor in 2003 and a full professor in 2010.  She is now the Chair of the Department of Learning and Teaching in the GSE. She runs one of the largest programs in physics teacher preparation in the United States, and is involved in reforms in undergraduate physics courses and in the professional development programs for in-service science teachers. She is a co-creator of the Investigative Science Learning environment (ISLE) and Physics Union Mathematics (PUM) – physics learning systems used in college and 8-12 schools.

An AAPT member since 1997, Etkina has 30 years of experience in physics and astronomy instruction at middle school, high school, and university levels.  She has served AAPT on the Focus Group on the Draft Framework.  She served as a Chair of the Committee on Teacher Preparation, and was a member of the Nominating Committee, a member of the National Task Force on Teacher Education in Physics, and is currently the Chair of the Physics Education Research Leadership Organizing Council (PERLOC). She also conducted more than 15 workshops for the AAPT members at the National meetings.

About AAPT
AAPT is an international organization for physics educators, physicists, and industrial scientists—with members in more than 70 countries worldwide. Dedicated to enhancing the understanding and appreciation of physics through teaching, AAPT provides awards, publications, and programs that encourage teaching practical application of physics principles, support continuing professional development, and reward excellence in physics education. AAPT was founded in 1930 and is headquartered in the American Center for Physics in College Park, Maryland.