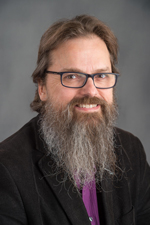 I am interested in working to enhance the ways in which AAPT can provide timely assistance (and resources) for the wide spectrum of the teachers we aim to serve. I was the first President of ALPhA, which is a community of university instructors and staff members charged with developing and delivering lab instruction. ALPhA’s faculty/staff development programs have now impacted more than (1/3) of all undergraduate physics programs in the country (and had some impact globally). Some of the lessons learned from our experience with ALPhA are generalizable, and so one opportunity, for AAPT, lies in nurturing a higher level of co-mentoring between those sub-communities and interest groups that, like ALPhA, now exist within AAPT, as well as between those established communities and several new groups, which could soon emerge. As a member of the AAPT Board, I would have a strategic role to play in supporting these sub-communities. I would also like to help AAPT to communicate, both to current and potential members, the ways in which such groups offer efficient support that addresses many of the needs that teachers face, by providing clear points of contact and a heightened awareness of the opportunities for focused, just-in-time dialog and curricular materials. All of us, together, make a difference.