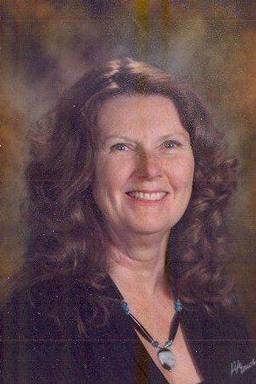 College Park, MD, October 15, 2013—AAPT has announced that Jan Mader will receive the association’s Homer L. Dodge Citation for Distinguished Service to AAPT during the 2014 Winter Meeting in Orlando, Florida.

For more than 30 years Mader has been a physics instructor in the Great Falls Public Schools where she has also taught physical science, chemistry, and mathematics

She is one of the catalysts for increasing high school enrollment in physics in the United States for the past 15 years. It is no understatement to say that due to her work with the PTRA program, Prisms, and other physics education initiatives, Jan is probably the best known and most widely respected high school physics teacher in the Northwest United States. Her willingness to share her expertise has helped develop a cadre of new teachers that will continue to improve physics education in the United States.

The respect she has garnered in the physics community is of such a level that she has been recruited by Roy Unruh to help with the Prisms program revision, Larry Kirkpatrick to help with programs at Montana State, and Richard Olenick of the University of Dallas for the Mechanical Universe. Her work with the programs developed by these leaders of science education has kept Jan in the forefront of educational innovation, resulting in benefits to thousands of students throughout the US.

She was the first female receipt of the AAPT Excellence in Pre College Physics Teaching Award and co-recipient of American Physical Society (APS) 2011 Excellence in Physics Education Award given to PTRA “For providing peer-led professional development for 25 years to more than 5000 physics and physical science teachers nationwide through a network of more than 500 master teachers."

Regarding her selection to receive this award Mader said, “The American Association of Physics Teachers has given so much to me in the last 25+ years. I have developed a network of colleagues and friends who have increased not only my knowledge base but filled my toolbox with incredible strategies and techniques based on educational research. Through the AAPT and PTRA I have been given opportunities of which I would never have dreamed. Thank you very much”