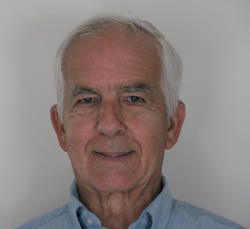 He has served as Wisconsin Section Representative for many years and has twice served as the president of the Wisconsin Section of AAPT.  His service to AAPT has also included the Committee on Apparatus, which runs the Apparatus Competition, chairing the committee in 2002.  He has also served as chair of the Committee on Laboratories. A member of AAPT since 1978, he has presented a paper at every summer AAPT meeting since 1981.

Wisconsin activities include the development of a course titled “A Hands-On Introduction to Electronics” that was taken over four semesters by 96 high school and middle school science teachers in southeastern Wisconsin. Funds for those courses were provided by NSF and by the Dwight D. Eisenhower Mathematics and Science Education Program.