2018 National Board of Directors Election Candidate for Vice President 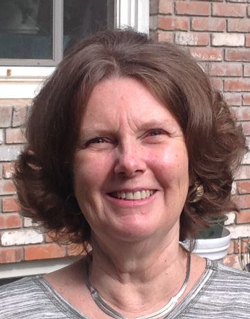 Other Professional Activities and Recognitions

When I was in the 2nd grade I came home and informed my mother that I was going to be a nuclear physicist. Mom had to look it up in the dictionary. I never wavered in my pursuit. I was introduced to AAPT in 1987 when Phd. Larry Kirkpatrick made me “dorm mom” for the summer meeting at Montana State University.  That experience ignited a fire that has encouraged me to regularly attend winter and summer meetings: my “addiction” according to my friends and family.  I have gathered a wealth of information and camaraderie that is difficult to find as a rural physics instructor.  I was a good educator prior to that meeting but the exposure to AAPT members, PER and instructional technologies broadened my horizons allowing me to become a master teacher.

The winter of 1989 I presented my first contributed paper with Phd. Roy Unruh. In the summer at San Luis Obispo, CA I presented a workshop for high school teachers. Imagine my panic to discover the author of the book I used in my honors physics class, Alan Van Heuvlen, sitting in the workshop waiting for instructions on how and where to begin.  The acceptance of high school instructors by physics researchers and college professors is one of the reasons I have continued to attend the AAPT meetings for thirty-one years.  We are the American Association of Physics Teachers and the passion that we share for education from pre-high school through graduate school binds us together.

In 1992 AAPT provided another blessing. I became a PTRA at the Orono, Maine meeting.  I had attended PTRA sessions at other meetings but now I was official. I took to heart the directive to go forth and “physicize” the world and have never looked back.  My experiences with and through my association with the American Association of Physics Teachers have prepared me to make significant contributions to physics education not only for my own students but to the students of teachers whom I mentor.  I have instructed hundreds of teachers from elementary to junior college through the PTRA program in content and pedagogy. The American Association of Physics Teachers and the PTRA program have opened many doors. I continue mentoring teachers new to physics instruction and provide elementary and middle school teachers with the content and confidence to integrate physics and physical science into their curricula via NGSS, Common Core Math and ELA standards.

I was honored to represent the high school community on the board for three years. The experience reinforced my belief that we need to recruit the next generation of K – 12 physics and physical science instructors to become members of this organization. They have a wealth of 21st century technology and insights that would enrich our current approach to meeting transmission and E-instruction.  The American Association of Physics Teachers should be the premier professional development provider for physics and physical science for K – 16 instructors. To that end I would encourage the board to continue their support of the AAPT/PTRA Program, the K – 12 resources, E Mentoring, the Summer Physics Camp, the YouTube Channel, Compadre/Physics Front, grants for workshops through sections and alliances with other educational providers.

As a member of both NSTA and AACT, I receive many emails highlighting a teaching strategy or quick lesson. Perhaps that is another avenue that K – 12 AAPT could pursue to encourage secondary teachers to join. At one point in time the high school members were the largest member group. Those numbers have been declining and that trend needs to be reversed.  I appreciate the efforts the board has made to have teacher days or charge a reduced registration for workshop days only. Granted, the plenaries and sessions are a large portion of the meeting that I enjoy, but before you can get the fish in the boat you must hook him.  My initial experience in 1987 was my hook and it made a believer out of me. As my students teasingly comment when I go to the AAPT meetings, I am heading off to physics nerd camp.

I believe that I have the skill set and desire to be an effective president for this organization. AAPT has given me so very much over my teaching career, I would like the opportunity to continue to give back to the organization that has shaped my teaching.