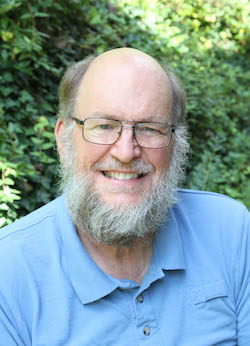 College Park, MD, October 12, 2021—AAPT has announced that Dave McCachren will receive the association's Homer L. Dodge Citation for Distinguished Service to AAPT, during their 2022 Winter Meeting. He is being honored for his service as a Physics Teacher Resource Agent (PTRA) and as a member of the Central Pennsylvania Section of AAPT.

Regarding his selection to receive this citation, McCachren said, “AAPT & PTRA were an important asset to my high school teaching career. I was totally surprised when notified of this prestigious award. I am humbled to be included with the recipients who continue to promote Physics and teaching at the section and national levels. Thank you!”

McCachren earned his Bachelors and Masters Degrees at Indiana University of Pennsylvania and has his Teaching Certification in Pennsylvania in Instructional II Physics and Mathematics. He joined AAPT and the Central Pennsylvania Section of AAPT in 1973 and became a PTRA in 1995, participating in the Summer Workshops each year since then. He served as Workshop Leader for National PTRA Training Sessions in 2012 and 2017. He co-authored the PTRA learning resource “Electromagnetic Spectrum: Window to the Universe” a workshop written in conjunction with NASA Goddard Space Flight Center. Since 1995 he has led PTRA workshops for High School and Middle School teachers in Central Pennsylvania, Baltimore, Maryland.

In nominating McCachren for this recognition his colleague noted, "Dave has been a true champion of Physics Education. Hundreds of teachers and thousands of students have been the recipients of and/or benefited from Dave’s entertaining and passionate presentations. Even well into retirement he is looked upon as a valued resource for many to assist in the preparation and presentation of lessons."