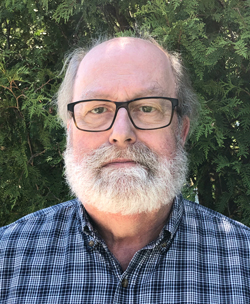 2020 National Board of Directors Election Candidate for Vice President

My teaching career started in September 1973 at a private parochial high school in “upstate” New York and in 1982 continued at a public high school; teaching was more than my career, rather a calling, which I enthusiastically embraced. Next came a graduate degree in science education from New York University. Through that process I recognized the importance of professional development and membership in professional organizations such as AAPT and NSTA. In 1986 I was accepted to the PTRA Leadership Institute and from that point on my role in education was more than just a classroom teacher.

In the late 90’s my professional development and leadership skills were enhanced by attending C3P and the Urban PTRA and Rural PTRA programs. The PTRA Programs trained me to lead workshops and ultimately to become the lead PTRA for the four-year summer PTRA Rural Institutes at Colgate University in Hamilton, NY, in concert with Kiko Galvez. The institutes were for rural northeast, often isolated, teachers and included follow ups in each subsequent school year. In June 2002 I earned a professional certificate to become an administrator and became the chair of the science department in my school.

The PTRA and other professional development work including department chair responsibilities allowed me to grow into the role of teacher leader. I continue my role in retirement as a teacher leader with PTRA summer institutes, giving workshops at AAPT section and national meetings along with working on the Activity Based Physics Curriculum with Priscilla Laws, Maxine Willis, David Sokoloff, and Ron Thornton.

Giving back to the physics teaching community has been my goal ever since becoming a PTRA. At this point in time with students and teachers across the US and the world undergoing distance learning, the role of AAPT is even more critical. As president of AAPT I would continue to focus on virtual and in person professional development opportunities for teachers and students engaged in physics education on all levels. It is an honor to be nominated for election to the presidential chain.