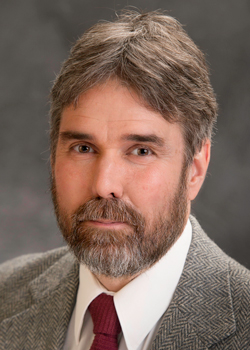 Steve Spicklemire to be Recognized as a 2018 Recipient of the Homer L. Dodge Citation for Distinguished Service to AAPT

Spicklemire earned his B.S. in physics at Rose Hulman Institute of Technology, Terre Haute, IN. His M.S. and Ph.D. in physics were earned at California Institute of Technology, Pasadena, CA. His teaching career began at the University of Indianapolis (UIndy), Indianapolis, Indiana, in 1988. He was Assistant Professor of Physics in the Department of Physics and Earth-Space Science and was recognized as "Outstanding Teacher of the Year" in the division of science and mathematics for the academic year 1992-1993.

In 1996 he became Associate Professor of Physics and Astronomy, Department of Physics and Earth-Space Science, University of Indianapolis where he focused on development of web based distance learning resources, and web interfaces to undergraduate research projects such as their radio telescope, high altitude ballooning, laboratory instrumentation, and parallel/cluster computers.

From 2011 to 2013 he was a Visiting Professor at the United States Air Force Academy, Department of Physics, Colorado Springs , CO where he worked on developing curricula for upper level physics courses (Quantum Mechanics, Atomic and Nuclear Physics, and incorporating vpython based 3D visualization and computing projects into upper level courses.) and participating in Physics Education Research projects with the Center for Physics Education Research as well as the Scholarship of Teaching and Learning.

Joining AAPT in 1990, he immediately became active in the Indiana Section of AAPT and has served as webmaster, treasurer, and Section Representative. His service to AAPT includes membership on the Committee on Laboratories.

Steve has been very active in the local Indiana section serving at times as secretary, vice-president, president and, for many years, treasurer. He is currently the Indiana section representative for the national organization. According to the nomination Spicklemire is an "outstanding teacher who has heard the message through the AAPT and has adapted modern teaching techniques in his classroom."

Regarding his selection to receive this Citation, Spicklemire said, "I am honored, deeply humbled, and not a little surprised to receive this recognition. I am certain that there are others who are much more deserving, but I do sincerely appreciate the citation."