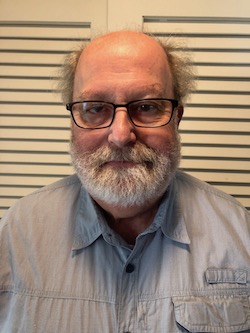 College Park, MD, October 6, 2021—AAPT has announced that Steve Henning will receive the association's Homer L. Dodge Citation for Distinguished Service to AAPT, during their 2022 Winter Meeting. His service as a Physics Teacher Resource Agent (PTRA) and as a member of the New York and New England Sections of AAPT are particularly notable.

Regarding his selection to receive this citation, Henning said, “It has been an honor and pleasure to serve AAPT as a PTRA and in other capacities.  I look forward to continuing to serve the physics teaching community, especially when we will meet again in person.”

Henning has had a very successful career as a High School Physics Teacher, teaching all levels of physics in New York state. Additionally, he served two years as an adjunct professor of introductory physics at Concordia College in Bronxville NY. What makes his career so celebrated is he was among the early innovators, who brought technology into the physics classroom as early as 1985 and shared his expertise as a leader of many workshops with his colleagues.

His allegiance to his profession outside of his classroom has been focused on being active in AAPT locally, regionally, and nationally. He became a PTRA in 1986 and attended training sessions for 23 years and plans to continue attending PTRA training sessions. He not only served his students and fellow teachers in his school district with the PTRA materials. He also carries out the mission of the PTRA program by conducting workshops in New Jersey, New York City, New York State, and New England with fellow PTRAs utilizing PTRA Manuals and materials. He remains active on the national level in the PTRA program as a member of the PTRA Oversight Committee. From 2006 – 2009 Henning served as the Lead PTRA for the AAPT-PTRA Rural Physics Teachers Workshops at Colgate University in NY.

From 2016-present, he served on the Physics Master Teacher Leader Task Force. His committee service in AAPT includes the Committee on Physics in High Schools (2013-2014), Committee on Teacher Preparation (2016-2018, 2022-), Nominating Committee (2018), and the Committee for Design and Implementation of High School Video Contest (2011).  Henning has served on the Executive Board of New York State AAPT Section from 2011 – present and also is a member of the New England Section of AAPT.

Currently Henning is a member of the instructional team for “Quantum for All” (partially funded grant by NSF) to help teachers and students understand quantum mechanics and QIS applications. He is currently preparing a presentation for the Massachusetts Science Teachers meeting in November.

In addition to all of this service to the AAPT community, Steve has worked on the development of the Activity Based Physics High School E-dition since 2011. He is responsible for updating all of the set-up files for both the Pasco and Vernier microcomputer software systems for the following curricula: Explorations in Physics, Interactive Lecture Demonstrations, RealTime Physics, and Workshop Physics. In this capacity, he also planned and presented workshops at AAPT Summer Meetings and several NSTA meetings.