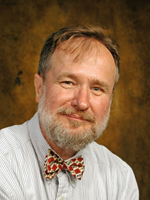 Commentary
Although I am a member of other professional organizations, the AAPT is my professional home and has influenced my teaching and my career unlike the other societies. I have been a member of AAPT for over 30 years and a member of the NC Section since its founding in 1996 The Association enabled me to meet and to learn from Cliff Swartz, Arnold Arons, and Len Jossem and the Association introduced me to MUPPET, Physics by Inquiry, and SCISS. I hope to be able to contribute to AAPT so that it continues this tradition of bringing together the best and most innovative physics practitioners and educators.

Because the AAPT Secretary serves on the Board, the Council, and various AAPT committees for up to 6 years, the position offers a unique opportunity to provide continuity and leadership to support our mission to enhance the understanding and appreciation of physics through teaching.  I wish to support this mission by working with the Board, Section Representatives, and Area Chairs to create meetings and programs that bring together teachers from high school, two- and four-year colleges, and universities with researchers in traditional experimental and theoretical physics, PER, and allied STEM disciplines.  The Association can only succeed if these constituencies work together with common purpose.  The Secretary serves as Chair of the Publications Committee and this committee will need to address the use of new electronic document formats, such as ePub and Mobi, for creating and distributing AAPT journals and other publications. If elected, I look forward to working with the TPT, AJP, ComPADRE, and other editors on these issues. Finally, the Secretary, in consultation with the President and the Executive Officer, prepares agendas for the Executive Board and Council meetings and keeps the official minutes of these meetings.  If elected, I look forward to carrying out these duties to provide an accurate historic record of the AAPT and to improve communication throughout our organization.