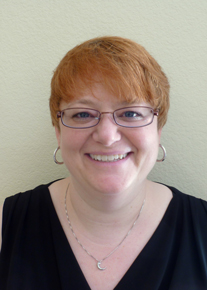 Commentary
In January 2001, I attended my first AAPT meeting. Although this was not my first professional meeting (having attended AAS and NSTA previously), I had never felt as welcomed into an organization as I did at San Diego AAPT. Over time, that feeling of welcome has just gotten stronger, and I see it now when my students attend AAPT meetings as well. The supportive and collegial atmosphere is one of AAPT’s biggest strengths. Additionally, the breadth of information and resources available—from physics and astronomy content to teaching strategies to teacher education—continues to grow to support the widest possible physics teaching audience.
I am honored to be nominated for AAPT Vice President. The opportunity to work with and lead the Executive Board presents exciting challenges. If elected to the Presidential chain, I would want to continue and build upon the tireless work of our recent leadership. Providing high-quality programs while battling a financial crisis is no easy feat, but the efforts of our leadership, and indeed, all our members have allowed this to happen. Some areas where I believe I can make significant contributions include, but are not limited to:

In my role as a center co-director at UNLV, I have been a strong team builder with members of different communities (such as engineering, science, and education faculty, plus K-12 teachers and professional developers). I also have strong organizational and communication skills. These traits will help me as I work with the diverse members of the AAPT Executive Board, Council, and national office.