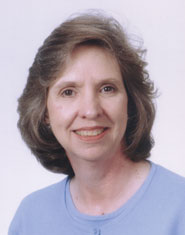 Commentary
I first learned about AAPT while an undergraduate student through my involvement in the Texas Section of AAPT in the 1960’s.  Subsequently during my first years of teaching physics, I naturally turned to the national AAPT as a physics teaching resource of knowledge and experience. One unique feature of our Association that attracted me is the diverse representation within the membership: physics teachers from all educational levels, physicists, physics education researchers, policy makers, and students.  This rich blend of talent, experience, and perspectives enables the AAPT to serve a broad and dynamic physics education community through multiple venues (publications, conferences, regional sections, area committees, topical groups, and special programs such as ComPADRE, PhysTEC, PTRA, and NFTE).

During the last few years the AAPT Executive Board and Executive Office have had to contend with a financial deficit that would threaten to restrict some AAPT activities. My knowledge of the history of our Association and my experience as active member and leader in some of AAPT’s activities can bring additional perspectives to the Executive Board discussions, thus helping the Board members to discern which options would be the most effective in resolving our financial problems and also appropriate to the mission of AAPT.