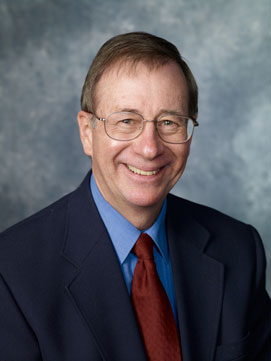 Robert C. Hilborn is Associate Executive Officer of the American Association of Physics Teachers.  A graduate of Lehigh University and Harvard University, he has held physics faculty positions at Oberlin College, Amherst College, the University of Nebraska-Lincoln, and the University of Texas at Dallas. He served as physics department chair and associate dean of the faculty at Amherst, where he was the Amanda and Lisa Cross Professor of Physics, and as head of the Science/Mathematics Education Department at the University of Texas at Dallas.  His research includes work in experimental and theoretical atomic, molecular, and optical physics and in nonlinear dynamics.  Author of Chaos and Nonlinear Dynamics (Oxford University Press, 2nd Ed., 2000), his recent research has focused on applying nonlinear dynamics to analyze problems in neuroscience and the dynamics of genetic networks. He also served on the AAMC-HHMI Committee on the Scientific Foundations for Future Physicians and the AAMC MR5 MCAT review committee.   For the past 7 years, he has served as Principal Investigator and Chair of the Physics and Astronomy Faculty Workshop series.