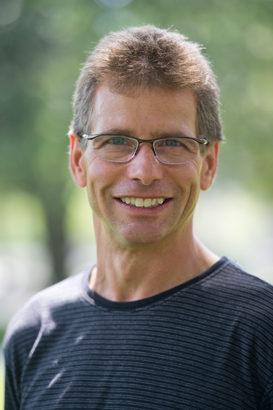 When I came to Syracuse in 1994, AAPT was an unknown organization to me. I joined because of the recommendation of several colleagues. After joining, I learned about PIRA (Physics Instructional Resource Association), became a member, and was eventually elected president. I cannot emphasize enough what my involvement in PIRA and my interactions with our members has meant to my career!

I have also served on and chaired numerous AAPT committees. I eagerly accepted an invitation to co-host the AAPT’s first Speed Networking event, something which is now in its third year. This is a great mechanism to meet new members and help them navigate our wonderful organization. My experience, coupled with hosting the Summer 2006 National Meeting, has prepared me to significantly impact (in a positive way!) AAPT as I advance through the presidential progression.

My teaching has primarily been involved with the introductory courses. I was granted the opportunity to overhaul the introductory teaching labs after teaching the lecture portion for several semesters. Drawing on my knowledge from PER and what I learned through AAPT, these generally unpopular courses had ratings so much improved that I earned the “Dinner on the Department Teaching Award” for both the Spring and Fall 2012 semesters! Currently, the Laboratory Committee is busy working on their approach to aligning with AAPT’s Strategic Plan. I think labs and apparatus are one of the best ways to elicit and excite a yearning for understanding science. I would like to push these two areas and develop more interactions between the other AAPT committees.

For more than a decade, I have been co-organizing the Saturday Morning High School Teacher Workshops at Syracuse University. I have seen the excitement a new make and take brings to teachers and their classrooms. As a receiver of several grants from the Bauder Fund, and now a committee member, I have seen what these funds and the associated apparatus can do in a classroom.

On a personal note, I began training for my first Ironman triathlon, which takes place the end of July in beautiful Lake Placid, NY. The physical and mental beating and the time commitment required compare to nothing I’ve ever faced before. I am having a ball learning new things, meeting these challenges, and developing as an athlete. I promise to put forth the same dedicated effort for AAPT and its members should I be elected to Vice President.