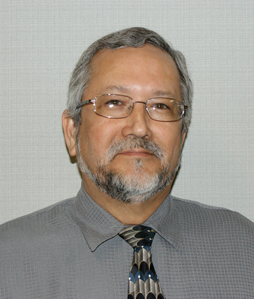 Commentary
AAPT has always made physics and physics education accessible to as wide an audience as possible.  It has embraced a diversity of members and member interests from teaching at all levels (and all that this encompasses) to physics research.  It has achieved this through the hard work of many volunteers (our members) and a small professional staff.

As a past member of the Executive Board, I have seen how it works and I know what will be expected of me.  Having served through the four-year presidential chain, I know what is expected during the next two years and how to do execute these duties.  I have served on a wide variety of AAPT committees, task forces, and worked on a number of special events.  I have collaborated with other professional societies, including APS and AIP, to develop and implement a variety of projects in physics and physics teaching.

As we move deeper into the twenty-first century, AAPT is faced with the challenge of providing ways for physics teachers and educators to exchange ideas and information on physics curriculum, research in physics and physics education, and physics teaching.  AAPT through its national meetings, publications, and other services is striving to meet this challenge while remaining true to its mission and goals.

On a purely personal note, as a member of the search committee that recommended hiring Dr. Cunningham, I’d like to work with her to lead AAPT into the future.  I have also worked with Dr. Hilborn on many projects over the last 15 years.