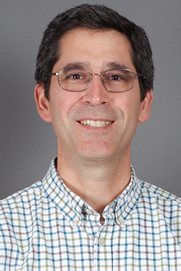 Ernest R. Behringer to be Recognized as a 2017 Recipient of the Homer L. Dodge Citation for Distinguished Service to AAPT

Behringer has served as President of the Michigan Section of the AAPT, as the Chair of the AAPT Area Committee on Physics in Undergraduate Education, on the AAPT Governance Committee, and as a reviewer and an Advisory Board member for the American Journal of Physics.  He has also served as a board member of the AAPT-affiliated Advanced Laboratory Physics Association (ALPhA), as well as on the organizing committees of the 2012 and 2015 topical ("BFY") conferences, including service as a co-editor (with Joe Kozminski and Editor Melissa Eblen-Zayas) of the proceedings of the 2015 conference.  He also served as the AAPT representative to the 2014 Workshop on the Status of the Upper-level Physics Curriculum.  He currently serves as the Chair of the AAPT Undergraduate Curriculum Task Force.

Behringer noted, "My service really began with participation in the AAPT New Faculty Workshop, which led directly to attending my first Summer Meeting.  That meeting was the gateway to many AAPT service opportunities, and several collaborations," and "The AAPT and its members have provided not only opportunity, but support that has significantly informed and influenced my physics teaching practices and career.  Colleagues at national and section meetings continue to be a sources of inspiration, and I will always be grateful to the AAPT for providing environments that nurture such a positive community."