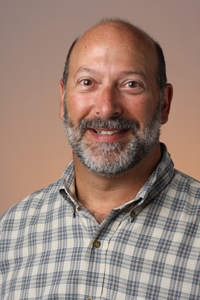 College Park, Maryland, United States, March 12, 2015—The American Association of Physics Teachers (AAPT) announced today that David A. Weintraub of the Vanderbilt University Department of Physics and Astronomy, is the 2015 recipient of the Klopsteg Memorial Lecture Award. This award recognizes educators who have made notable and creative contributions to the teaching of physics. The lecture and award will be presented during the AAPT Summer Meeting in College Park, MD.

Weintraub earned his B.S. at Yale, and both his M.S. and Ph.D. from the University of California, Los Angeles. He was a postdoctoral Research Associate at the University of Florida before joining the Astronomy faculty of Vanderbilt University in 1991.

Weintraub excels at presenting science to the public in an entertaining and comprehensible manner, as well as exploring the humanistic aspects of science with his students. He is the author of three popular astronomy books: Is Pluto a Planet? (Princeton University Press 2006), How Old is the Universe? (Princeton University Press 2011), and Religions and Extraterrestrial Life: How Will We Deal With It? (Springer Praxis Books 2014). All three of these books successfully convey the excitement of astronomy to the general public. He has presented numerous public lectures in connection with these books.

His own research area is the study of debris disks around stars, but Weintraub also has a deep interest in the impact of science on human society. He has taught an honors seminar on "The Tangled Web of Astronomy and Religion," covering such topics as cosmology and the trial of Galileo. He regularly teaches a related course "Theories of the Universe," which explores the overlap between astronomy, religion and philosophy throughout the ages. Another illustration of his wide-ranging intellectual interests is his seminar on "Black Holes and Science Fiction."

His longstanding interest in the impact of science on human society, combined with his excellent popular science writing, make him an ideal candidate for the Klopsteg Memorial Award.

Regarding his selection as 2015 Klopsteg Award recipient, Weintraub said, "I am honored to receive this award, especially as it is bestowed by an organization of physics teachers who understand the importance of conveying the joy of doing science to the next generation of scientists. While I consider the work I do in generating new knowledge as an astronomer important, so too is my work in communicating the importance and the meaning of scientific discoveries to the public. The latter work is critical for the future of science, as this activity is how the excitement of scientific discovery stimulates the birth of the next generation of scientists and engineers."

About AAPT
AAPT is an international organization for physics educators, physicists, and industrial scientists—with members worldwide. Dedicated to enhancing the understanding and appreciation of physics through teaching, AAPT provides awards, publications, and programs that encourage teaching practical application of physics principles, support continuing professional development, and reward excellence in physics education. AAPT was founded in 1930 and is headquartered in the American Center for Physics in College Park, Maryland. For more information: Contact Marilyn Gardner, Director of Communications, mgardner@aapt.org, (301)209-3306, (301)209-0845 (Fax)