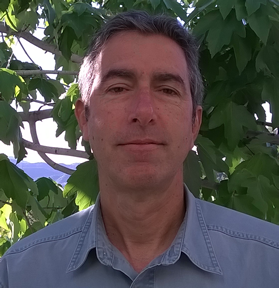 Stephen Kanim to be Recognized as a 2016 Recipient of the Homer L. Dodge Citation for Distinguished Service to AAPT

College Park, MD, April 25, 2016—AAPT has announced that Stephen Kanim will receive the association's Homer L. Dodge Citation for Distinguished Service to AAPT, during the 2016 Summer Meeting in Sacramento, California.

Steve Kanim received his bachelor's degree in electrical engineering from UCLA in 1981. After spending a few years designing microwave amplifiers he decided to try teaching instead. He obtained his teaching certification from San Jose State University and taught high school physics in Palo Alto, California, and in Las Cruces, New Mexico. While teaching, he became more and more curious about the physics ideas expressed by his students, and decided to pursue a career doing physics education research. He received his Ph.D. in physics from the University of Washington in 1999, and returned to Las Cruces to teach in the physics department at New Mexico State University. Kanim's primary research focus has been on how students use conceptual understanding to help solve physics problems and how they use mathematics in physics.

With Curt Hieggelke, David Maloney, and Tom O'kuma, Kanim has co-authored three workbooks of exercises to facilitate students' sensemaking about physics and physics equations. With Suzanne Brahmia and Andrew Boudreaux, he developed a set of invention tasks with the same goals. In addition, he worked with Michael Loverude and Luanna Pinon Gomez to develop mechanics laboratories to strengthen conceptual understanding. He has also contributed illustrations to other physics curriculum projects.

Kanim is currently chair of the Physics Education Research Leadership Organizing Council, and also served on this council from 2006 –2008. Recently retired from NMSU, he spends his time gardening, woodworking, cooking, and restoring old cars.