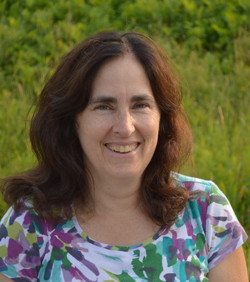 College Park, Maryland, United States, March 12, 2015—The American Association of Physics Teachers (AAPT) announced today that the 2015 Paul Zitzewitz Excellence in Pre-College Physics Teaching Award winner is Gillian Winters, a New York State Master Teacher and high school physics teacher from St James, New York. This award is in recognition of contributions to pre-college physics teaching and awardees are chosen for their extraordinary accomplishments in communicating the excitement of physics to their students.

Winters earned her BS and MS in Physics at the McGill University in Montreal. Her Ph.D. in Physics is from the University of Delaware. Following coursework for certification for Secondary Education, Physics and General Science she began her career as a physics teacher at Sachem Central School District in Holbrook, NY where she taught Regents Physics and AP-B Physics, and led the Science Research Program. In 2005 she moved to the Smithtown Central School District in Smithtown, NY where she teaches Regents, AP-B or AP-1 Physics, and AP-C Physics with Calculus.

Winters is a master of incorporating practical applications to physics content instruction. She routinely goes the extra mile for her students and for physics. When a dwindling student population threatened the District's ability to offer AP Physics with Calculus she volunteered to teach a long-distance course that puts her at Smithtown East on A days with the lesson televised to Smithtown West. On B days the pattern is reversed. Her students are exposed to a variety of rich academic experiences. For example, she conducts a Particle Physics MasterClass as an outreach program of CERN. Her students gather a few afternoons to learn how to analyze data prior to conferencing with students in other countries to participate in a discussion moderated by a physicist from CERN.

She is active in the Women in Science and Engineering workshops at Stony Brook University, the Teslamania, a physics Demonstration competition, and the CERN Physics MasterClass. Her colleagues indicate that she was chosen to be a New York State Master Teacher because of her dedication to students. In this role she is now working with her younger peers, mentoring them in the art of Physics teaching.

Winters personifies teaching excellence. She has a strong knowledge of physics and cares about her students. She is a dedicated person and is involved in many different education and outreach programs. For her efforts she has been chosen to become a NY state Master Teacher and in this role she is mentoring younger teachers in their careers.

Regarding her selection to receive this award Winters noted, "I am delighted and honored to be considered for the prestigious Paul W. Zitzewitz award from the AAPT and to be considered among a select group of outstanding educators. I am fortunate to work with students who I believe are the best in the school, and I love opening their eyes and minds to new challenges and ideas."

About AAPT
AAPT is an international organization for physics educators, physicists, and industrial scientists—with members worldwide. Dedicated to enhancing the understanding and appreciation of physics through teaching, AAPT provides awards, publications, and programs that encourage practical application of physics principles, support continuing professional development, and reward excellence in physics education. AAPT was founded in 1930 and is headquartered in the American Center for Physics in College Park, Maryland.For more information: Contact Marilyn Gardner, Director of Communications, mgardner@aapt.org, (301)209-3306, (301)209-0845 (Fax), www.aapt.org.