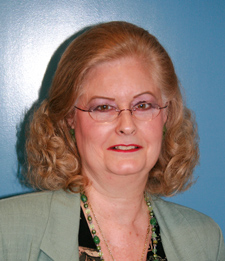 College Park, MD September 30, 2010—The American Association of Physics Teachers has announced the selection of Jane Bray Nelson as a recipient of the AAPT Distinguished Service Citation. These prestigious awards are presented to AAPT members in recognition of their exceptional contributions to AAPT at the national, sectional or local level.

Nelson received a BS in chemistry from Florida State University and MS in Science Teaching from Memphis State University. She has taught Advanced Placement Chemistry, Advanced Placement Physics, Physical Science, Biology, Geometry, or Anatomy-Physiology. From 1998 – 2005 Nelson was Teacher-Director of University High School at Research Park, a Science and Technology magnet high school in Orange County Florida. She was inducted into the National Teachers Hall of Fame in 2002.

She has been active in AAPT since 1987, serving as a member of Physics in High School and Minorities in Physics committees. Additionally, Nelson served as President of the Florida Section of AAPT from 2008 – 2010, and as Secretary-Treasurer of Florida Section from 1992 to 2007. Since 1987 Jane has been a National Physics Teacher Resource Agent. She has lead nearly 100 PTRA workshops impacting more than 800 teachers, and has brought $16,414 to the PTRA continuation fund.

During National PTRA Leadership Institutes, Jane Nelson has lead workshops for her fellow PTRAs on:

She has authored or co-authored several PTRA manuals including: