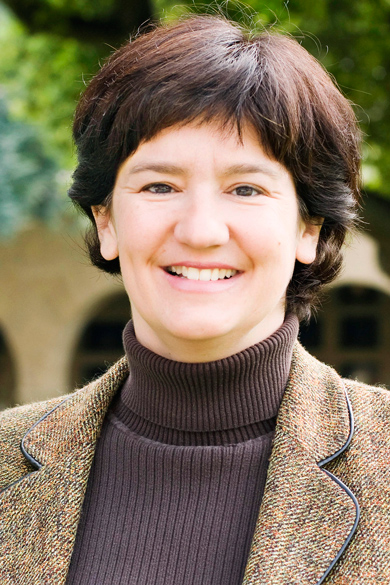 College Park, Maryland, United States, September  27, 2010—The American Association of Physics Teachers (AAPT) announced today that Kathryn Moler, Ph.D., has been selected to receive The Richtmyer Memorial Award. Moler, Associate Professor of Applied Physics and of Physics at Stanford University, received the Award for outstanding contributions to physics and effectively communicating those contributions to physics educators.

The Richtmyer Award will be presented to Dr. Moler at a Ceremonial Session of the AAPT Winter Meeting at the Hyatt Regency Jacksonville Riverfront Hotel in Jacksonville, Florida, on Tuesday, January 11, 2011. Following the presentation, Dr. Moler will deliver a keynote address.

Alex Dickison, Chairman, AAPT Awards Committee, said, “Kathryn Moler is a perfect fit for the Richtmyer Award.  She is a top notch, excellent physicist who also has the ability to explain her work to the public.”

Moler is a graduate of Stanford University where she earned both her bachelor's degree and her Ph.D. in Physics (in 1988 and 1995 respectively).  She is currently Associate Professor of Applied Physics and Physics, Stanford University, a faculty member of the Geballe Laboratory for Advanced Materials, Deputy Director of the DOE-support Stanford Institute for Materials and Energy Science, and Director of the Center for Probing the Nanoscale, an NSF NSEC.C.  In her position, Moler fabricates microscopic sensors and uses them to study the magnetic behavior of superconductors.  Like most science professors, her time is divided among preparing lectures, writing scientific papers, traveling, and working in the lab.>

She has received many prestigious awards including the Carrington Award for Excellence in Research and Teaching 1988, Stanford Centennial Teaching Assistant 1990, William L. McMillan Award for “outstanding contributions in condensed matter physics” 1999, Presidential Early Career Award for Scientists and Engineers 2000-2005, the National Science Foundation Career Award (1999-2003) and the David and Lucile Packard Foundation Fellowship for Science and Engineering from 2001-2006.

Regarding the Richtmyer Award, Mohler stated, “It makes me feel humble when I think about all of the physics educators across the country, and how hard they are working to teach people to appreciate science.  It's an honor to receive the Richtmyer Award and to come to the AAPT meeting in this context.”

About the Award
The Richtmyer Memorial Award is given annually in memory of Floyd K. Richtmyer, distinguished physicist, teacher, and administrator. Professor Richtmyer was one of the founders of AAPT and served as its president. As a teacher, author, research worker, and dean, he was the guide for many young physicists who became leaders of American science and has had a wide influence on the development of physics in the United States. The award has been given annually since 1941 to a person who has made outstanding contributions to physics and effectively communicated those contributions to physics educators.

The previous recipients of the Richtmyer Award include Vera Rubin, Alex Filippenko, Arthur H. Compton, Enrico Fermi, Philip Morrison, and Steven Chu.  The complete list of winners can be found at http://www.aapt.org/Programs/awards/richtmyer.cfm.

About AAPT
AAPT is the premier national organization and authority on physics and physical science education—with more than 10,000 members worldwide. Our mission is to advance the greater good through physics teaching. We provide our members with many opportunities for professional development, communication, and student enrichment. We serve the larger community through a variety of programs and publications. AAPT was founded in 1930 and is headquartered in the American Center for Physics in College Park, Maryland.