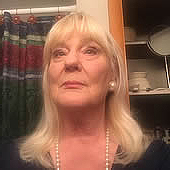 As a child in the 1950s, I became curious about the physical world around me. I vividly remember that at about 6 years old, I held my grandmother's mirrored tray under my chin while walking through the house to experience what it would be like to "walk" on the ceiling. Later, I was forever taking things apart (clocks, radios, talking toys) to see how they worked. (Not that I was always successful at reassembling them). Always curious, I asked a lot of questions and spent long hours at the public library in my hometown of Rochester, Michigan. Luckily, I also had my parents support and they bought me a Gilbert Chemistry Set, an erector set and a small microscope.  In junior high school Dr. Ronald Stocker opened a world to a different way of learning physical science. He later taught me physics in high school.  I remember that most of my high school science classes were really extraordinary-- led by some amazingly imaginative and inventive teachers.

In fact, after I graduated from Ashland University in Ohio in 1977, I taught earth science in Mansfield Jr. HS and then moved to Texas where I completed a MS in science education at the University of Houston (1988), I was lucky to be influenced and mentored by some great professors and mentors: Dr. Gene Chiappetta, (science education) Dr. H. Tom Hudson, (physics), Dr. John Lienhard (engineering). Later, as I taught physical science and physics in Sugarland Texas and became more active in the Houston Area Physics Teachers Group and The Texas Section of AAPT, Tom O’Kuma was a terrific model for teaching physics effectively. Dr. Robert Beck Clark, at Texas A&M raised my eyes to AP courses and a whole new realm of computational physics. I remember the times that many of my fellow physics teachers and I spent many hours at state meetings working AP physics problems together. This was inspiring – so many of my colleagues had a wealth of experience. I was excited about bringing deeper and stronger physics curricula to my students. I wanted to help them to become competitive in the AP world and beyond! In 2000, I was lucky to be awarded the secondary Presidential Award for Excellence in Science Teaching (PAEMST) from Texas.

For over 20 years, I drove students to state UIL science competitions, burning the midnight oil working problems with them in preparation, buying them chocolate donuts and orange juice to give them the energy to succeed on those 2-hour competitive tests. They had much success and I was proud (still am). When I moved to Clements HS, I taught 3 classes of physics and physical science and by the time I left, 10 years later, we had 12 classes of physics including 5 APB and 1 APC. I joined AAPT from my first year of teaching physics (1981), I became a PTRA in 1992 and learned so much from my fellow teachers there.

I then moved to Conroe ISD, teaching at Woodlands, HS, and then became science department head at Oak Ridge HS for 5 years. With the founding of the Academy of Science and Health Professions, I moved to Conroe HS as a physics, physical science teacher and science department head, retiring in 2002 to get a science education PhD, with an emphasis in physics at Texas A&M University – thank you to my mentors Cathy Loving (science education), Janie Shielack (math education), Don Allen (mathematics, Jim Minstrell (physics and math education), and Peter McIntyre (physics).

I began university teaching in physical science and science methods courses, as I moved to the School of Education at the University of South Dakota in 2007 where I am, today. I am retiring after 40+ years of teaching this December. Looking back, I recall delightful moments in the classroom with my wonderful students. I smile to think about the demonstrations, projects, and the blooming technology opportunities that were all a part of my life for so long.

But, I’m not REALLY retiring from teaching altogether. So many of my friends and mentors were former and future AAPT presidents, officers, and members who remain active in teaching and sharing. I am truly grateful for their willingness to have shared their talents with me as well as countless others. Whenever I learn something new, a new method, a new perspective, new information, like so many of the physics teachers I know, I am moved to share it. There are still many possibilities and so much more yet to learn.

AAPT has been intertwined in my life from my earliest years of teaching, right up to the present. I couldn’t have learned so much without the opportunities offered by AAPT programs and people. AAPT members have become my lifelong friends. I encourage young physics teachers to belong, to participate and to share. I had a tremendously talented GA teaching with me for the last 2 years. And, lucky for me, I have the opportunity to mentor a new physics and chemistry teacher at Vermillion HS. I am so fortunate to be able to pass along much of my workshop materials, books, hopefully some knowledge and my enthusiasm for teaching to them, too. That is my favorite thing!

I am very grateful for the support and friendship from the ComPADRE editors/programmers Bruce Mason, Carolyn Hall, Lyle Barbato. Thad Lurie and Matt Riggsbee and all the other collections' editors who were instrumental in making ThePhysicsFront experience a success -- I learned so much and it has made a lasting impression in my life.