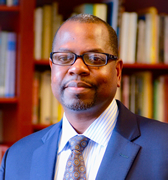 At an early age, I became inspired with science through two of my older brothers who were both studying physics and chemistry in college.  While I was in high school, the physics course was the scariest course available and it represented the largest academic challenge.  At that point, I became mesmerized with the subject and set my eyes upon becoming a physicist.  After entering college and attending one of the early meetings of the National Conference of Black Physics Students, I learned that there were only a few African American physicists.  This fueled my burning desire even more to become a physicist. After graduating from Jackson State University and then receiving my doctorate in physics from the Georgia Institute of Technology, I had accomplished my goal.  However, I soon realized that I was only at the beginning of my journey which ultimately led me into academia.

My AAPT membership has served as a means to help me work on increasing diversity in the physics profession. It provides a platform from which to help educate young aspiring minority physicists, to enable change within the physics community through wide-audience discussions, and to help influence the mindset of those who are in positions of authority to make positive change at their institutions.

AAPT is the perfect organization to help me keep my finger on the pulse of the academic physics community. Over the years, I’ve been fortunate enough to have been able to actively participate in AAPT’s New Department Chairs Workshops as a presenter and co-organizer and to work with AAPT executive leadership on initiatives for increasing diversity in physics. Working on the AAPT/APS Joint Task Force on Undergraduate Physics Programs (J-TUPP) led to an exciting report in 2016 which should help shape the future direction of physics programs around the country. The report entitled, Phys21: Preparing Physics Students for 21st-Century Careers, provides very detailed feedback from employers and lays out specific skills and knowledge for physics majors that are valued in today’s workforce.

Finally, the single most important aspect that I love about teaching physics is when a student learns about a natural phenomenon for the first time and then really understands it from a scientific basis. This is a sublime moment for me because it gives me great hope that a new minority physicist is being prepared and even greater optimism about the prospects of increasing diversity within the profession of physics.