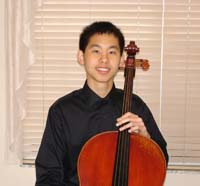 Why do I like physics? Answer: biology labs are messy and chemistry labs don’t agree with me. Physics seems to be the only suitable science, therefore, by process of elimination.

At a young age, I was more interested in reading and history than in science, which seemed rather haphazard and languid. Learning math and science was akin to how an unhappy electron must pace away the rest of its life in a cold and desolate potential well. (Why bother with boring subjects when you could read something cool, like The Odyssey?) I must say, however, that I read about an impressive number of scientists without a clue what they did.

Plot twist: In the summer before 9th grade, I picked up Giancoli’s Physics and discovered that science could be systematic and precise, especially when married to mathematics. This marriage is strongest in physics: as you might know, physics and calculus were high-school sweethearts and grew up together; they are now inseparable. With love, as they say, anything is possible.

Besides an affinity for physics, my appreciation of its systematic nature has also led to an appreciation of subjects that are not so systematic. For example, the competing theories in economics make me thankful that theories in physics agree with each other (at least most of the time)! I’m continually amazed at the parallels between economics and physics – for instance, the Lagrangian is a big part of microeconomics. The job market for econophysicists seems to have subsided, which is a disappointment, but everything follows a cycle, right?

After focusing on mostly math in middle school, I’ve been fortunate to rediscover my literary side in high school. I enjoy reading the New Yorker, the New York Times, and writing satire and poetry. Contrary to what the idealists say, I don’t think that English and science help each other very much, but it’s good to be exposed to both. My science and writing sides are as different as two different people, like an electron and its antiparticle. Or is it like a character foil?

I would like to thank Ms. Morgan, my physics teacher, and Dr. Vong, my math teacher, for inspiring me and for being funny and personable. I also thank my parents, friends, and Seminole High for supporting me. I look forward to meeting the other team members at camp!