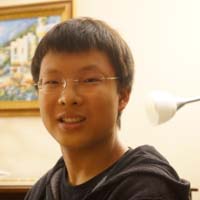 “And now… I’m going to blow your mind,” announces professor Walter Lewin as he sketches two voltmeters on the chalkboard, whose probes are connected between the same two points, but which give different readings of -0.9V and +0.1V due to the nonconservative electric field generated by the solenoid. Professor Lewin was, in essence, my portal into the realm of physics. When the bells of the Exeter church tolled midnight on weekday nights, I would give my dorm head the impression that I would go to bed by turning off the lights. Then I would lock the door after he left, turn the lights back on, and watch the next of Lewin’s MIT lectures in his 8.01/8.02 series.

It happened again and again. I spent hours traversing through his lecture series, watching as he shot his stuffed animal bear with a rifle to illustrate motion of projectiles, sucked grape juice up a tube five meters high in an introduction to fluids, and swung a sieve filled with lettuce in circles over his head to dry the lettuce out. I held my breath as he “risked his life” in front of a gigantic pendulum, to which he then ended the lecture with “physics works, and I’m still alive!” And I gasped as he himself swung on the rope like Tarzan to illustrate the independence of weight on a pendulum’s period. And of course, I remember the sound of Lewin drawing his famous dotted lines on the chalkboard, to which a fan has even created a dubstep on Youtube.

I learn physics because it literally describes our world. One can think of the universe as a giant puzzle hunt, to which physicists are scrambling to unlock all the pieces. From a physicist who rolled balls down ramps to prove that gravity accelerates objects at the same rate, to another who developed the inverse-square law of universal gravitation, to another who explored the weak equivalence principle, to yet another who ascribed gravity to space-time curvature in general relativity, physics has been a history of refinement. And still, since general relativity has been seen to be incompatible with quantum mechanics, we need an even more general theory.

I look forward to an exciting week with the physics team! And I would like to thank my instructor Mr. DiCarlo for his modern physics and AP physics sequence, as well as for his occasional pennywhistle music during class.