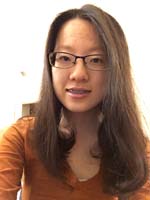 If I had to compare myself to a literary figure, I, surprisingly, would pick Jay Gatsby from The Great Gatsby. Deep down, I identify with his relentless, even naïve perseverance. Even though I act dejected at times, deep down, I never take "no" for an answer. When I was around twelve, physics just meant "hard stuff" that "made you sound smart." Due to my bold and childish optimism, I decided to self-study from an old physical science book for eighth graders because I wanted to "sound smart" too. This book was my first introduction to physics. I was intrigued by the material inside, and I learned the hard way that learning wasn't as simple as I had hoped it was. The next year, my ambition prompted me to take an AP Physics B class. Unfortunately, I had underestimated the difficulty of this class. I refused to give up and made physics my first priority. Although the class was so difficult at times I felt as if my brain were being scrambled in the centrifuge I was writing equations on, I still enjoyed the course. The joy and satisfaction I felt when I finally understood how to solve a problem made up for any metaphorical brain-blending that unfortunately plagued me throughout the course.

That year, I also decided to try my luck at the Fnet=ma exam. I didn't even qualify for USAPhO at this time, as all of the problems looked incomprehensible and impossibly hard. I set a new goal for myself: make USAPhO. The next year, with a lot of hard work, I achieved this goal. By that time, I had (slightly) matured and began to outwardly accept the fact that I couldn't always get what I wanted. However, I still harbored a secret wish: to make the US physics team. Here's where I differ from Gatsby: This year, I was thrilled to receive the news that I was indeed invited to the training camp!

Not only am I interested in physics competitions, I enjoy STEM subjects in general for the joy of learning and discovery. Ever since seventh grade, I have participated in my local science fair. My projects are, somewhat surprisingly, often about subjects unrelated to physics such as human metabolism and air pollution. I think STEM subjects appeal to me mainly because they allow me to think of the world in a more logical and clear manner. They also are ubiquitous—our society runs on technological advancements grounded in scientific principles.

Despite my strong interests in science, I have other interests as well. I enjoy window-shopping and actual shopping in my free time. I had to stop going every day because I felt guilty about the cost! I also enjoy relaxing and reading intriguing articles—or, as my teachers might say, wasting time—on the Internet. Also important to life is the aspect of human interaction. I look forward to getting to know the rest of the team, and I hope to create lots of great memories!

I would like to thank all my teachers, family, and friends. I couldn't be here without your help.