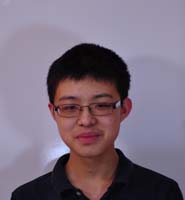 If you had asked me a couple of years ago why I found physics interesting, my answer would be more or less straightforward: unlike other fields of science, physics is significantly more structured, and deals with understanding simpler objects at a deep level. After all, despite their usefulness in real life, rules in chemistry or biology tend to have exceptions, making them seem less like rules and more like heuristics. In physics, on the other hand, laws are actually laws; no object is immune to, say, gravity. In other fields one constructs models of different situations, but it is sometimes impossible to a priori tell which model best explains observed phenomena. In physics, the objects of importance are so simple that in the idealized scenarios that it is concerned with, it is often possible to know what exactly is going on.

People familiar with the workings of physics will recognize that the above paragraph represents an over-romanticized view of the subject. In all but the simplest and most contrived scenarios, the math involved is too complex to solve exactly, and so physicists must rely on approximation techniques to derive meaningful results; for instance, the entire field of statistical mechanics treats particles as random variables, which is a simplifying assumption that does not actually hold in reality. The Bohr model of the atom helped to explain the spectrum of hydrogen, but it ultimately missed out on subtleties: the Zeeman effect, (hyper) fine structure, and the like. Worse, there is no way to definitively prove that a theory of physics works at all, and at a certain point it becomes impossible to determine certain characteristics of the universe, meaning that there is no guarantee that a "theory of everything" can ever be derived using methods other than guesswork, if such a theory exists at all.

So why do physics? Being more concerned with answers that are "good enough" as opposed to absolute, exact facts, it loses such advantages over other fields of science. Thus, rather on focusing on this limitation, I've come to view physics problems as having intrinsic value, where the focus is not on the implications or profundity of solving a problem, but on the problem solving process itself, a quality which comes up not only in other sciences, but everywhere in life in general. On the other hand, its applicability to real life, or limitations thereof, is only a sidenote; after all, it is perfectly reasonable to pursue a task simply because "it is there", not because of any related implications. A love of physics not as a tool, but for its own sake, is what ultimately makes me get up in the few mornings where the day is reserved for exploration, learning, and productive discussion.

It goes without saying that I would not be here without the support of family and teachers. Thanks also go to AAPT for organizing what I consider to be one of the highlights of the school year.