Almost 1200 physics educators joined in AAPT's first large scale, multi-event conference using a virtual platform.  The result of the 2020 Virtual Summer Meeting indicates that after six-months of teaching in virtual classrooms from K-12 through graduate school, physics teachers have adjusted well to this new format.  Plenary and general sessions for this meeting we presented live and sessions were pre-recorded with access throughout the conference.

Debra Mason-McCaffrey from Salem State University, Salem, MA. Her talk, Should Engineers be Teaching Physics?, examined her background as a mechanical engineer and how that experience has enriched her ability to relate to students in her physics classes. She examined a few pros and cons, and some stereotypes. She acknowledged that engineers  are,  indeed,  trained  to  think  differently  than  physicists,  which  influences  their  approaches  to  problem-solving.  She further  recognized that teaching can involve things that are difficult to measure; such as building rapport, respect and community and showed how those un-measurables, in concert with her experiences as an engineer, have shaped her approach to teaching physics. She works to balance careful planning and structure, with flexibility and treating teaching as a prototype product that can be continuously improved. And, finally, she considered the significant growth in the Physics minor program at Salem State University.

The Summer 2020 recipients of the Homer L. Dodge Citations for Distinguished Service to AAPT were Douglas Brown and Dan Burns.  Jose D’Arruda was recognized as an AAPT Fellow.

On Sunday morning AAPT hosted a Plenary,  A Model for Interdisciplinary Research & Teaching in Physics. Andrew Barnard, associate professor of Mechanical Engineering and Director of the Great Lakes Research Center at Michigan Technological University. Dr. Barnard is Board Certified by the Institute for Noise Control Engineering (INCE) and is a Certified LabVIEW Developer (CLD).  He is currently the Vice President for Education of INCE and an associate editor for Noise Control Engineering Journal (NCEJ). He previously spent 8 years as a research associate at the Applied Research Laboratory at Penn State. Dr. Barnard has interests in mechanical vibration, noise control, and acoustics.  His specialties include dynamic test and measurements, remote sensing, signal processing, and real-time control systems. He is the advisor and founder the SENSE program (Strategic Education through Naval Systems Experiences) at Michigan Tech and is the advisor of the Naval Systems Engineering Minor. In addition to teaching and research, he works on commercialization of technology and is a founder or co-founder of three companies. 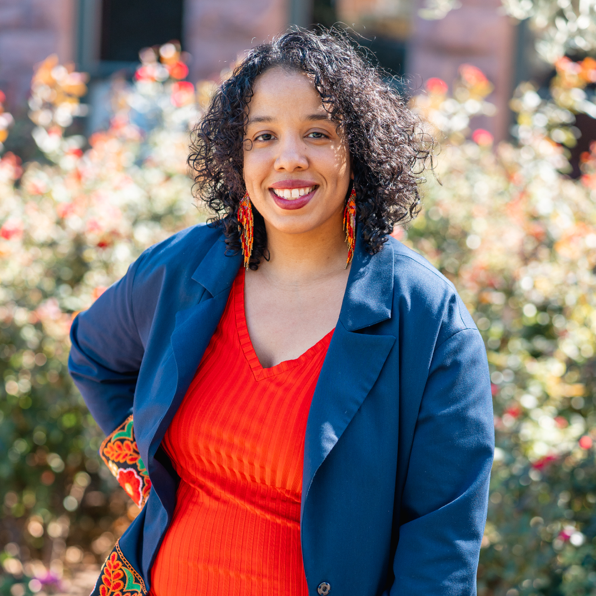 Mildred Boveda, from Arizona State University, Mary Lou Fulton Teachers College spoke on Intersectionality and Transdiciplinarity in Physics Education during the Monday morning plenary. Recent studies raise awareness of the nature of diversity and inclusivity concerns and propose best practices for reducing bias for women, LGBTQ+ students, racially/ethnically minoritized students, and students with disabilities in physics education. While considering individual sociocultural categories (e.g., gender) in isolation has its merit, it is insufficient to adopt a unidimensional approach when attempting to address the disparities in representation and opportunities in physics. Instead, the simultaneous influence of multiple sociocultural identities such as age, gender, citizenship, class, dis/ability, ethnicity, linguistic origin, and sexuality must be considered. Faculty must also examine how interconnected sociocultural identities—their own, those of students, and of other educators—influence curricular decisions and pedagogical practices, as well as  power dynamics in the classroom. Scholars in equity-based education communities (e.g. bilingual and special education), ethnic studies, and women, gender, and intersectional studies can inform how physics educators may collaboratively locate and address biases in curriculum and pedagogical practices, including those related to overlapping and interconnected oppressions. Intersectional consciousness will thus be present as a collaborative approach to advancing intersectionality and transdisciplinarity in physics education. 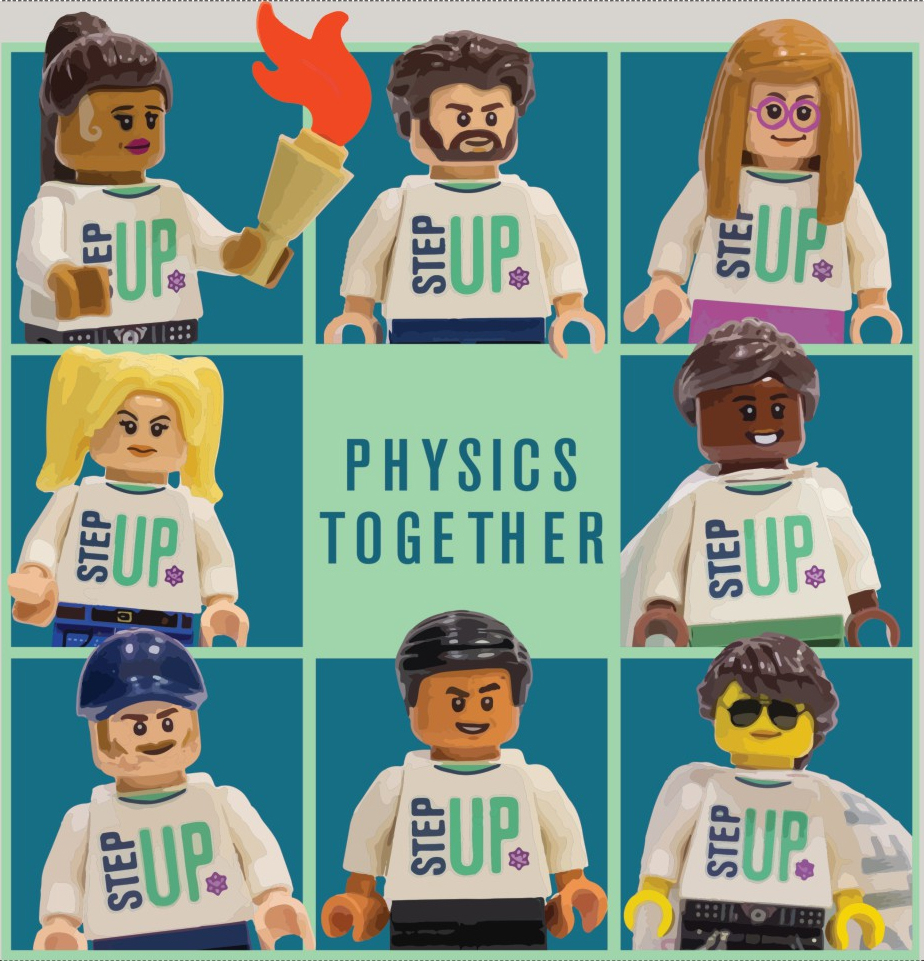 STEP UP: A Social Movement to Promote Cultural Change in Physics  was led by Zahra Hazari, Florida International University with Bree Barnett Dreyfuss, Amador Valley High School Colleen Epler-Ruths, Shikellamy High School Brian Kays, Ramona Convent Secondary School John Metzler, Niles West High School and Laura Sloma, East Kentwood High School and Freshman Campus as participating speakers. Physics as a field, is developed and maintained by a community, and thus reflects historic and modern cultural norms set by that community, both consciously and unconsciously.  This includes how physics is defined, what it means to do physics, and what it means to be a physicist.  In order to shift cultural meanings to be more inclusive and equitable, we need to reflect on the norms and collectively work to disrupt those norms that marginalize groups and limit advancement.  One approach is to pose counternarratives that disrupt narrow stereotypic viewpoints.  Counternarratives are central to the STEP UP project, which focuses on mobilizing thousands of physics educators to inspire young women in physics.  STEP UP presents counternarratives to students through lessons/materials that explicitly discuss the role of bias in the field and highlight a broad range of careers/goals pursued by diverse individuals with a physics degree.  Another counternarrative is presented through the agents of change who lead the movement – teachers. In a culture that undervalues teachers and teaching as a profession, a powerful counternarrative is that teachers can collectively affect cultural change. 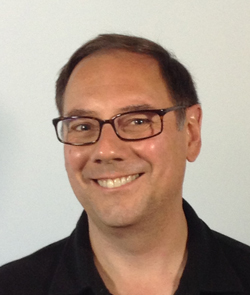 The Klopsteg Memorial Lecture Award was given to James Kakalios, University of Minnesota, Minneapolis, MN.  His talk was Superheroes and Public Outreach (No Spandex Required).  He noted that costumed superheroes seem to dominate our movie and television screens, making them an excellent delivery system to bring real physics to students and the general public.  While the super-powers these characters possess clearly violate the laws of nature, often times how the super-heroes and super-villains utilize their powers is consistent with known physical laws. One can, therefore, leverage the public’s interest in these characters to illustrate and explain the physics principles that underlie their fantastic adventures.  A discussion of the strength of Spider-Man’s webbing can lead to the real physics of carbon nanotubes.  What metal would be strong enough for Wonder Woman’s bullet deflecting bracelets?  One can draw the connection between the Black Panther’s  vibranium suit and conservation of energy, while the Infinity Stones (the MacGuffin in 22 Marvel Cinematic Universe films) can be connected to Emmy Noether and her theory explicating a deep connection between all conservation principles and symmetries in the  laws of physics.  People come for the superhero ice cream sundae and stay for the real science. 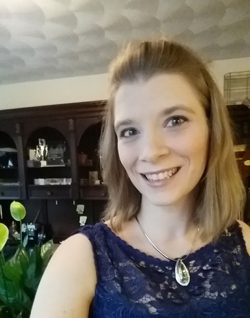 Ann Walkup, recipient of the 2020 Paul W. Zitzewitz Award for Excellence in K-12 Physics Teaching is a high school teacher at Cranston High School East in Cranston Rhode Island. Cranston High School East is both the largest and most diverse high school in Rhode Island according to US News and World Report, with 60% minority students and 46% economically disadvantaged.  Many are transient, have unconventional families, do not speak English, or have mental/physical disabilities. Many would think these students incapable of learning physics. In her talk, Let’s All Do Physic!: Integrating Special Education Accommodations in Physics Curriculum, Walkup says “This is a travesty;  anything can be taught once you find common ground.” She takes the time to learn students’ stories, connect with their backgrounds, and make what she teaches relevant to their lives.  She enables them to feel successful and confident in their abilities.  Then she makes physics concepts relatable on their terms.  The vocabulary in many textbooks is unapproachable because many students are reading below grade level. Despite all that, no student is unteachable. As physics teachers, we need to teach the students in front of us, tailor what we are teaching to what they need to learn, and most importantly, teach them to be curious lifelong learners.

David M. Cook, Lawrence University, Appleton, WI, received the 2020 Robert A. Millikan Medal for his notable and creative contributions to the teaching of physics. In his talk, Attempting the (seemingly) impossible, he noted that “Students who are never required to do what they think they cannot do never discover what they can do.”  Confidently attempting the (seemingly) impossible is an important component of individual and departmental growth. Confidently attempting the (seem-ingly) impossible is an important component of individual departmental growth.  Students’ growth is damped if they are never gently nudged to attempt the impossible.  Departmental growth is limited unless the  department regularly undertakes coordinated  ambitious  activities  that  may  initially seem unlikely to succeed. Cook quoted several great philosopher leaders including Albert Einstein who said, “Failure is success in progress” and Nelson Mandella who said “Anything always seems impossible until it is done.”    Cook concluded noting that Persistence is a virtue, failure is not to be feared, and confusion is good.

The APS Plenary, co-sponsored by the American Physical Society Forum on Education, featured Wolfgang Bauer and Artemis Spyrou, Michigan State University.  Bauer’s talk, The Physics of Green Energy, reviewed the near-exponential increase of greenhouse gas emissions due to human activity and the associated global warming.  At present, humans consume approximately 20 TW of average power, overwhelmingly supplied by fossil fuels.  What does it take to supply this amount of power from renewable resources?  There are physical limitations (Betz Limit, Shockley-Queisser Limit, storage cycle efficiency, raw materials constraints, ...), but there are also economic and financial ones. This presentation gave a global perspective as well as a local perspective, with the campus of Michigan State University as a sample of what has been, what can be, and what needs to be accomplished. Artemis Spyrou’s talk, Nuclear Science: Rare Isotopes at FRIB and What to do With Them noted that one of the big questions in Nuclear science is how neutrons and protons combine together to form bound systems (isotopes) and what are the properties of each combination. At Michigan State University (MSU) there is a 50-year history of producing and studying the rarest of these isotopes. Some can be used for practical applications for the benefit of society, and others live for fractions of a second and are only important in explosive stellar processes. The next generation rare isotope laboratory for the US, the Facility for Rare Isotope Beams (FRIB) is currently under construction at MSU. FRIB is expected to give us access to roughly 1000 new isotopes, never before created or studied in a lab. She discussed how rare isotopes are produced at FRIB and the important scientific questions that FRIB will address. She also presented resources that were developed by the facility’s outreach team to help scientists and teachers bring the science of FRIB into the hands of students of any age.

AAPT invited attendees to participate in the President’s Town Hall led by AAPT President, Chanraleka Singh.  The new candidates for the Board of Directors were introduced using individual introductory videos.  The Strategic Plan was discussed at members had an opportunity to participate in a Question and Answer session.

We thank our sponors for their generous support of this virtual meeting.  We couldn't have done it without them and our supportive members.